Amphibia is a Disney Channel and Disney XD series, created by Matt Braly. The series premiered on June 17, 2019 though it received an early preview on June 14, 2019 on DisneyNOW and YouTube. The show tells the story of Anne Boonchuy, a self-centered 13-year-old who is magically transported to... 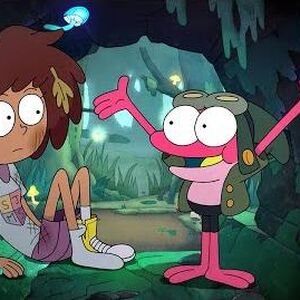 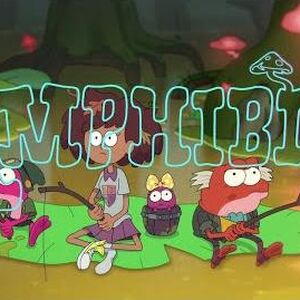 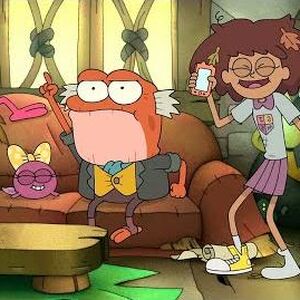 • I never liked the Little Mermaid. I just never really got into the story of Ariel abandoning her family so she can hook up with a dude who never even recognizes her.

• Season 3 of SVTFOE was very mixed. I adored the plot with Eclipsa and Meteora and their climbing to life changing alterations. But then here comes the love triangle with Star, Marco, and Tom (love square if you count Kelly) to come and spoil it all. Why did Star hook up with Tom for a second time? I don’t know. When did Marco decided he had a crush on Star? Beats me. Kelly likes Marco?! How?! Stuff like this happens for no reason whatsoever and it’s kind of ruined Season 3 for me.

• When Amphibia was first announced, I was at first skeptical about it. I wasn’t really sure how I felt about the concept and how the characters would be. Plus, I had to save room for my hype over Owl House. Then I decided to give Amphibia a chance and I loved it! I recommend it.

• What happened to Varian in season 1 was not Rapunzel’s fault. She wasn’t able to help Varian with his dad because it was her job as princess to help all her citizens from the snowstorm. She couldn’t just go running off just to save ONE guy. Then there was unfortunate case of miscommunication and misunderstandings. Rapunzel didn’t realize that Varian is at his worst and not a lot of people are willing to support him. Varian didn’t realize that Rapunzel will do anything to help him, just wasn’t willing to let her kingdom be in danger.

Today’s episode of Amphibia had me tearing up😭 this show reminds me of Gravity Falls and it’s easily my favorite current show and probably of all time if it continues! Do you guys really think Sasha is dead?

Amphibia the new Disney show that had made us fall in love with, it has just became really popular right now and if you dont know about the show Amphibia is The series chronicles the adventures of a self-centered 13-year-old Thai-American girl named Anne Boonchuy. After stealing a mysterious music box, she is magically transported to Amphibia, a wild marshland full of talking frog-people. She soon meets and befriends an adventurous young frog named Sprig Plantar, who will guide her to be a true hero, while discovering the first true friendship of her life. But ever since I watched show I had a theory that I hope might be true and that is..... Amphibia isn't a place from another world but is actually on earth the whole time!.

And NO I am not saying its a place from the future where humans are extinct I am saying that the place Amphibia is on earth.

I have some proof that Amphibia is actually on earth and that is the villain we saw on the first episode, So the villain who Is Grime he is a toad who had capture Sasha and locked her up in his castle, (Oh and by the way the toad villains name is on the Amphibia Wikia) But Grime had found one of Anne's shoe and told Sasha that now he knows there are more humans on Amphibia.

But how could this be proof you may be asking, Well I believe That Grime has once already encountered humans long ago and he has a scar on his face which could means he was attacked by one long ago, But the people on Amphibia never seen humans at all in amphibia, But Grime Did and might know why later on in the series.

But I know for sure Humans once went to Amphibia long ago because there is the music box that Anne and her friends stole at the thrift store, So how did it got there well I believe this was an object that the humans had stolen from Amphibia many years Ago possibly the humans were settlers and they discovered Amphibia but Also how did they started war on Amphibia well I dont know for sure But anyway.

I dont know how hidden is Amphibia maybe it is just like somewhat similar to how hidden skull island is and who knows where it could be heck in would be surprised if it was on the bermuda triangle.

But let me know what you think is Amphibia on earth let me known in the comments below.