Pixar Animation Studios is an American computer animation film studio based in Emeryville, California. The studio has earned twenty-seven Academy Awards, eight Golden Globes, and three Grammy Awards, along with many other awards and acknowledgements. It is best known for its CGI-animated feature... 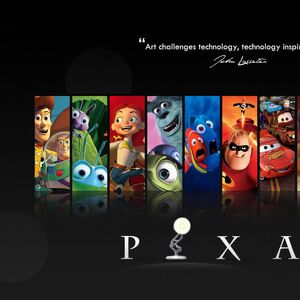 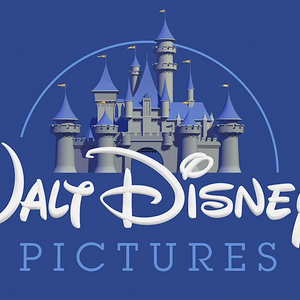 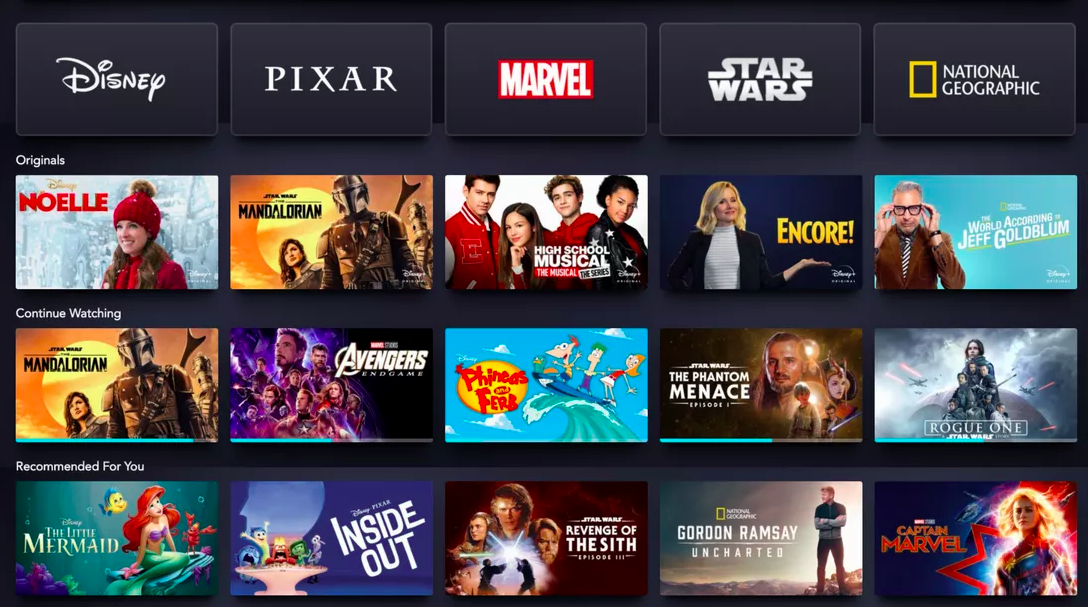 Based on a Pixar favorite, but was made into a horror story! This story may have contents that are not appropriate for children under 16. Do not say I didn't warn you! Please excuse any bad language.

What movie did your state get? 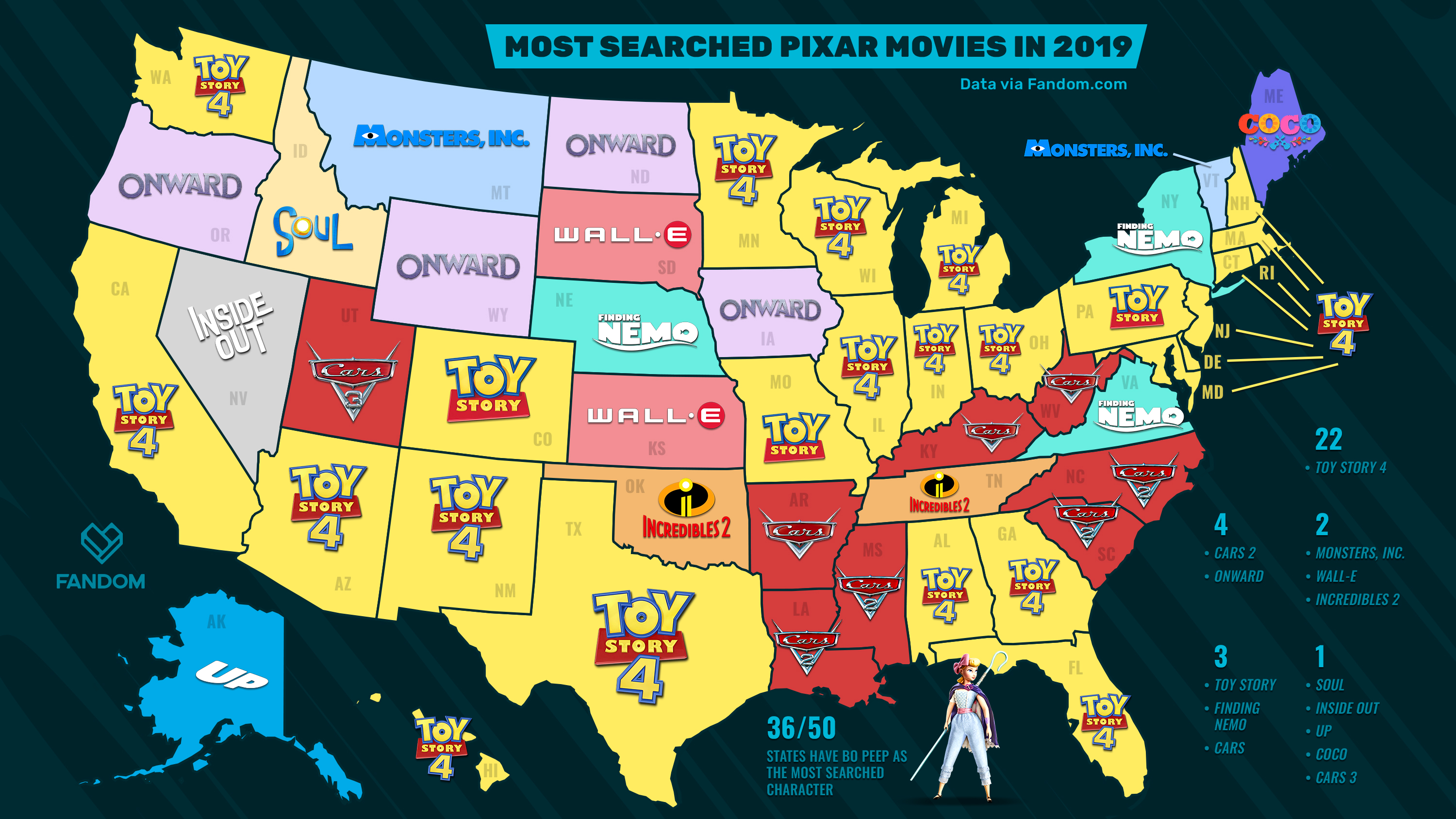 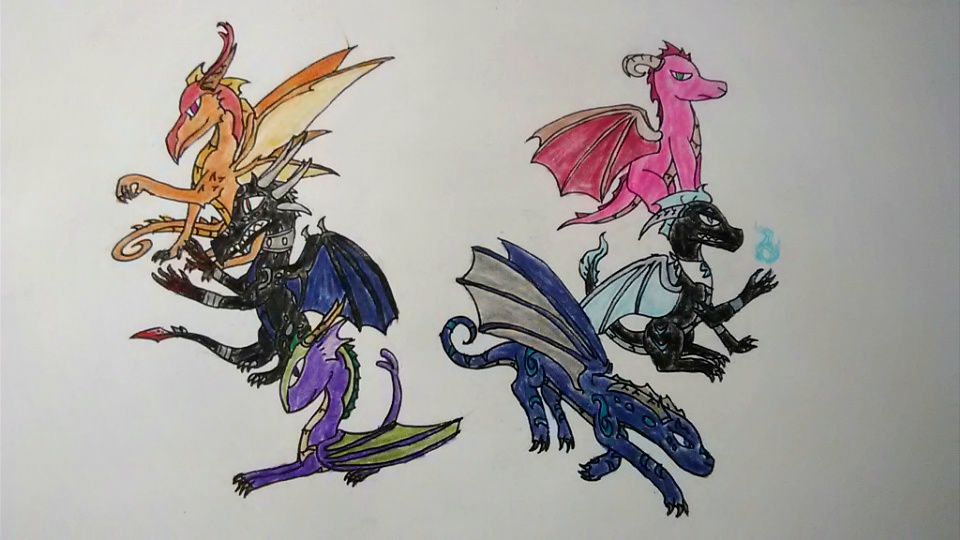 These are all Pixar Villains I remember as Dragons from Spyro. 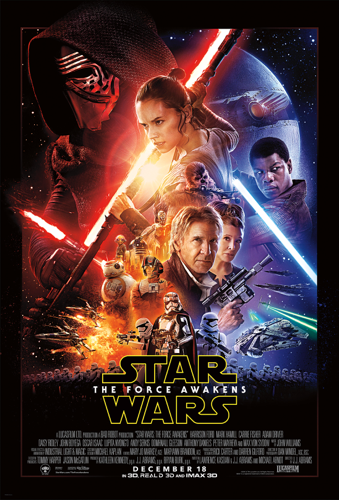 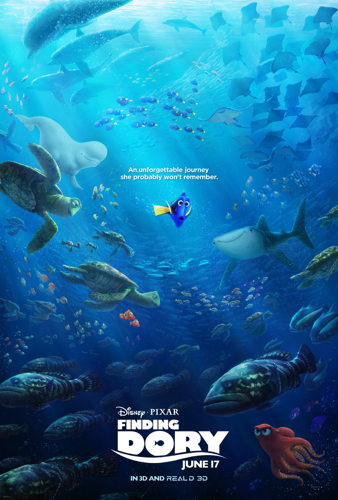 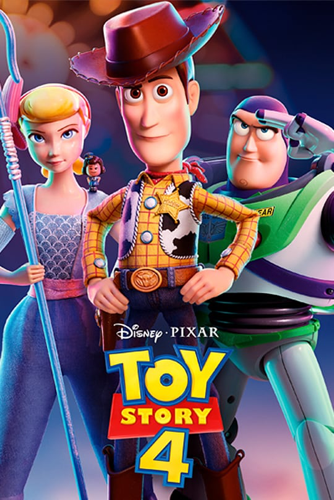 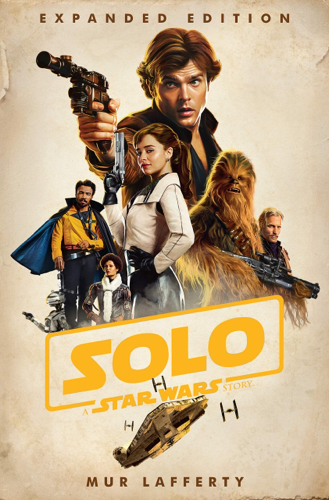 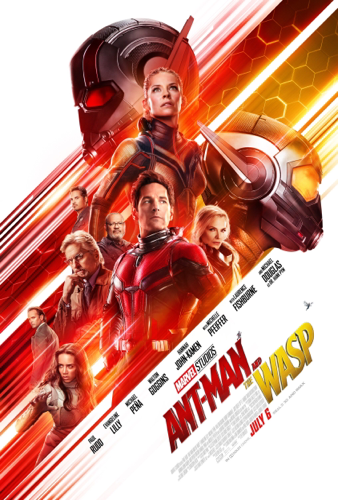 Ant man and the wasp 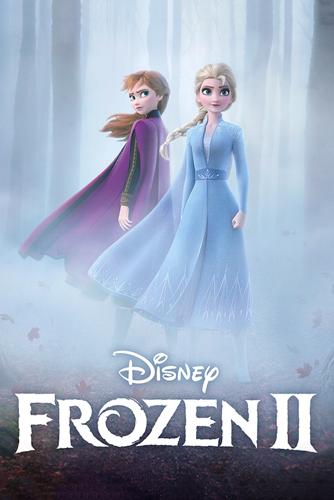 Taking place 2 years after Bolt and Enchanted, Bolt is living a perfect life with mittens, rineo, and penny but then a portal sucks bolt and mittens into another world: New York City. Bolt meets Gizelle, a young woman who also came from The Animated World, but she was a princess from the magical land of Andlasia. When a young female dog named Ally shows up, (who is a female version of Bolt) bolt gains a crush on her. Gizelle helps Bolt with him and ally while showing him a little bit of fairy tale magic while bolt shows her a little bit of reality. But when Mittens a little bit TOO boy crazy, she teams up with the disney villans to make sure Bolt is HERS forever and to get rid of ally and Gizelle

Ever since Cars 2 came out I’ve noticed something strange. Disney hasn’t been making as many originals and have been making sequels that are unnecessary or sequels just for money. I think the prime example of this is probably Pixar’s latest calendar. Ever since the new decade they released Cars 2,Brave,Monsters university,Inside out, Good dinosaur, Finding Dory,Cars 3, Coco, Incredibles 2, And Toy story 4. They have made 6 sequels and 4 originals one of the originals was revived as one of Pixar’s worst film. And one was revived as meh but the other two people actually liked an were classic Pixar but since then it hasn’t gotten any better. We got what is easily the movie that ruined Pixar which was cars 2 and then the rest were sequels that nobody wanted or needed like who asked for finding dory? Or A 4th toy story which no matter how good the ending was you can’t deny that it was unnecessary and purposely for money. So was MU and Incredibles 2 and to be fair people did ask for Incredibles 2 but we all know Disney did that for money because it made a billion dollars. But luckily this year we don’t seem to have an unnecessary sequel or one made for money so we seem to be good for now. But Pixar has planned a cars 4 and finding marlin and Incredibles 3 and a wall e 2 and a Up 2 and a Ratatouille 2 so just something to think about.

But Disney themselves had been doing good with originals like Moana,Tangled,Wreck It Ralph,Frozen,Zootopia but now they have just lost all sense of everything. They have become so lazy they will remake classics they’ve already made and just turn them into live action just to get people in seats. And to further prove my point they have remade 5 films in the last 2 years being 2018,And 2019. And they’ve been really going all in it for the sequels because also in the last 2 years all of their movies have been either an Unnecessary Sequel for money, A sequel that might not be unnecessary but is truly made for money, Or just one big cash grab that is milked to death so with nostalgia to get people to watch the movie. Captain Marvel may be a new character but if you think about it 85% of the movie is a reminder of stuff you already have seen like the avengers or nick fury or him getting his eye scratched out etc. and Endgame while being a really good movie you can’t deny it’s entire second act is basically just nostalgia thrown at your face but I have to say they handle it a little bit better then any of the new star wars films did. All of those movies are filled with nostalgia and barely have anything new Solo does it the worst because it’s supposed to tell his origin story (even through he’s dead) they just carelessly but in small things that were used to seeing with Han Solo like how he got his ship how he got the little nodge in his ship. How he met Chewie and lando how he made the kesell run (by far the stupidest and most laziest scene) how he got his gun how he got his dice? I could go on and on but my point is all 5 of the films Disney has made are just one big nostalgia fest and don’t have anything new and original going for them and to further prove this point 4/5 of the movies have made Billions while Solo was released in a time where Infinity War and Incredibles 2 (Some other Disney films) Came out that same summer and people quickly lost interest and it bombed. I did include Black Panther which isn’t really a bad film but all I’m saying is Disney was clearly interested in how much money it would make then how good the movie should be. And there 5 Remade Films one of which is both and remade cash grab and a unnecessary sequel but those films are both as good as you think they would be. The we have infinity war which is hands down the best out of all of these films but yeah it’s kinda a money fest. Frozen 2 which is just unnecessary unless 5 year olds asked for this. Then we have ant man and the boring which was kind of okay but pretty unnecessary considering Inhumans was supposed to come out that summer. And finally we have marry poppins which I’m pretty sure everyone can agree it was just for the cash. The fact that we would see marry poopins again really blew everyone away and that’s probably why people say it.

And going into 2020 with onward coming out next week hopefully we can end this sequel thing. 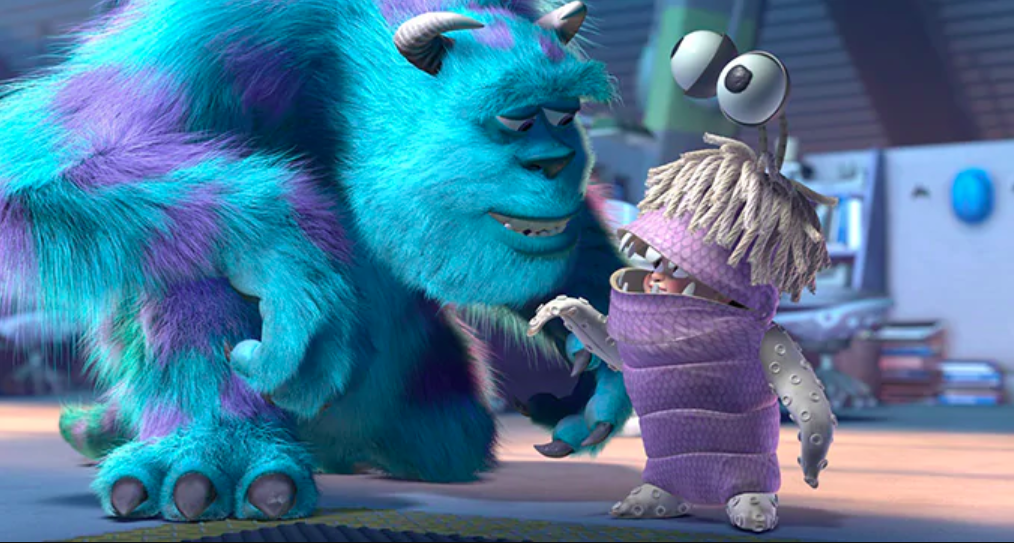 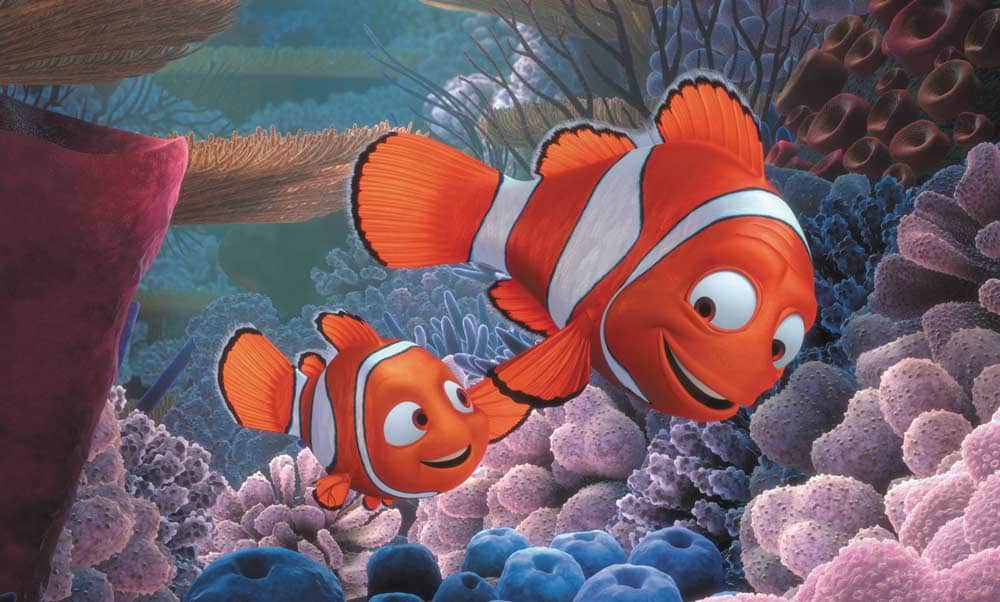 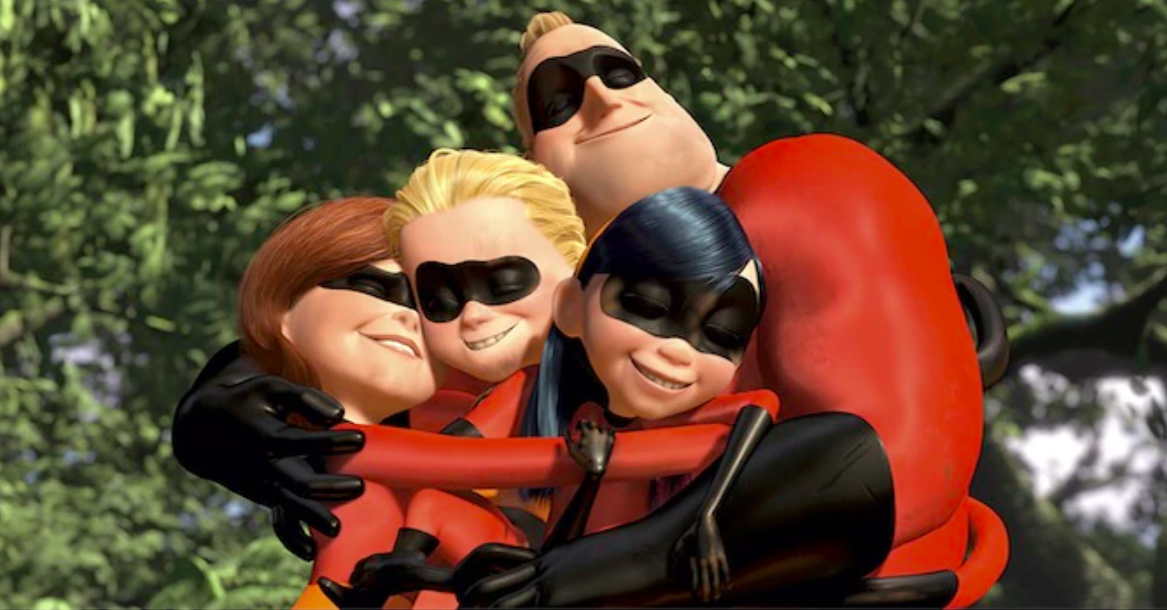 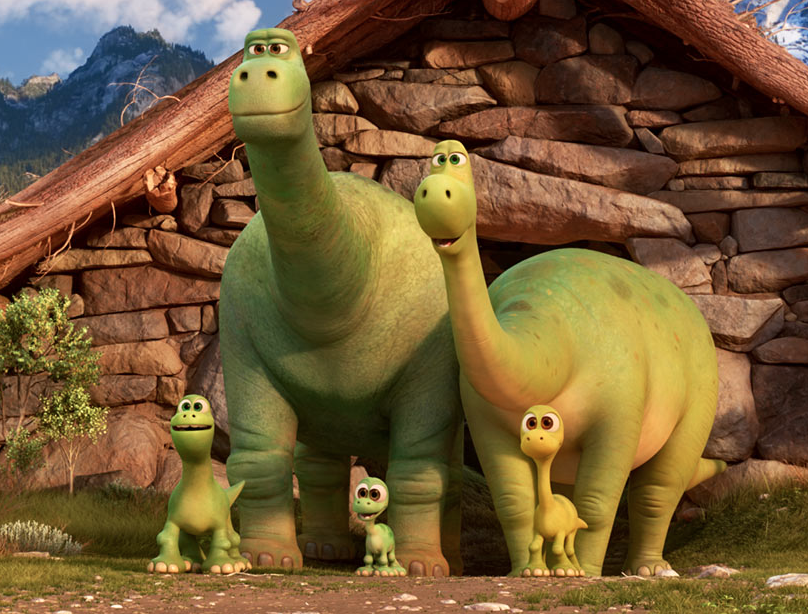 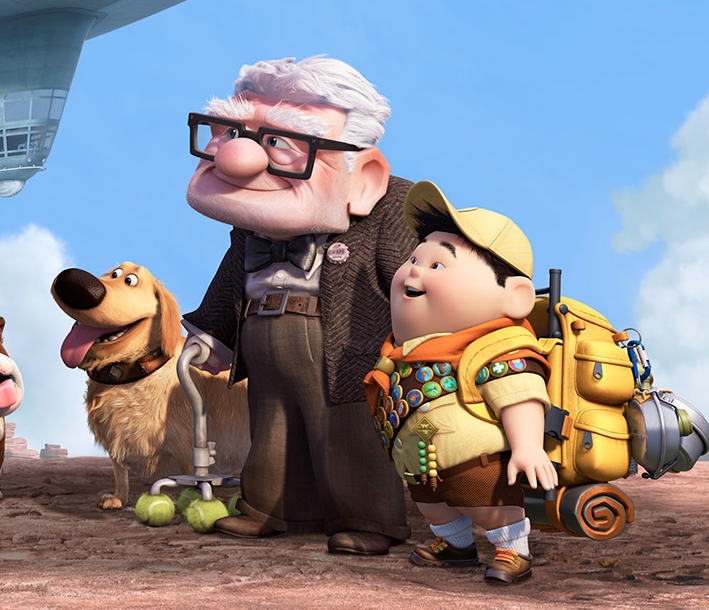 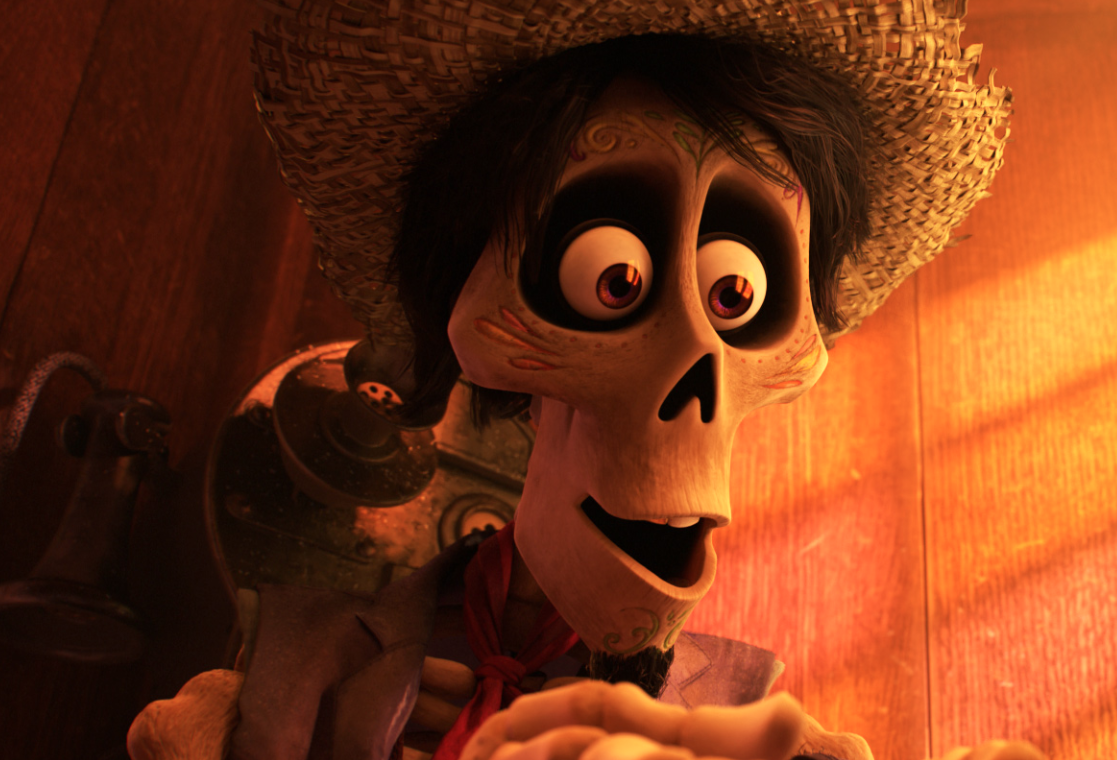 UmbreonzRule101: This is what I would think. 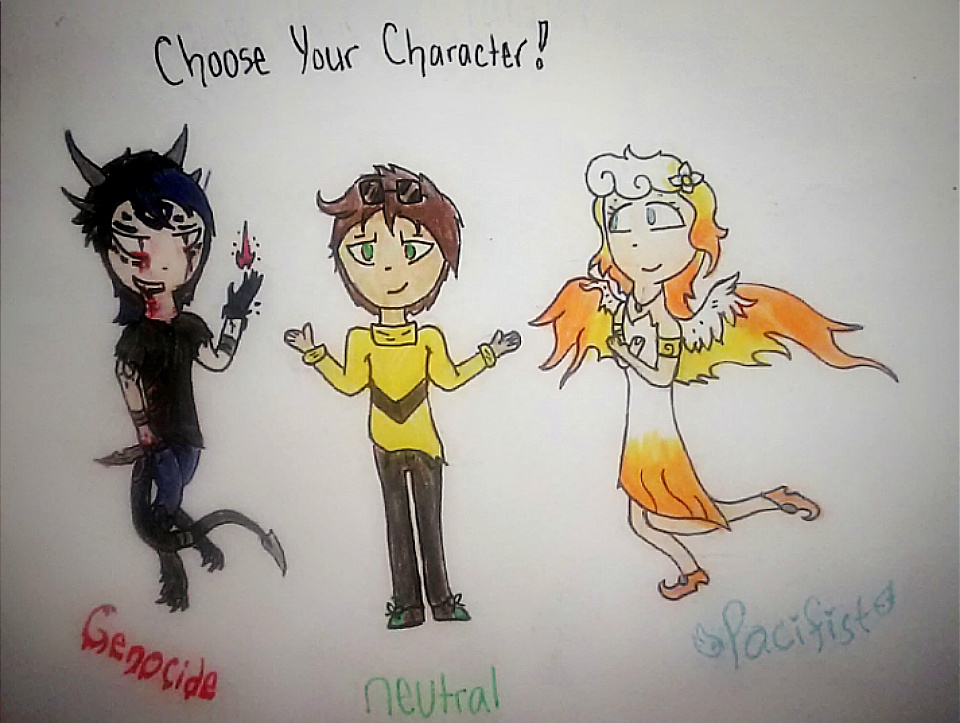 These movies have all won Best Animated Feature at the Oscars 🏆

I promise that I'll make my personality quiz as accurate as I can. 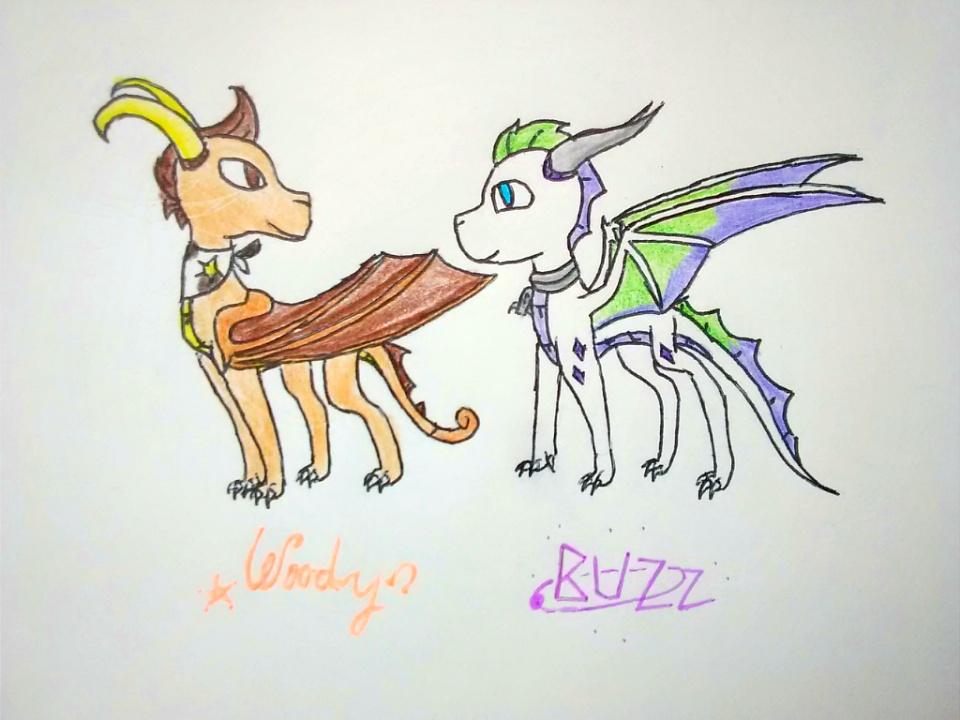 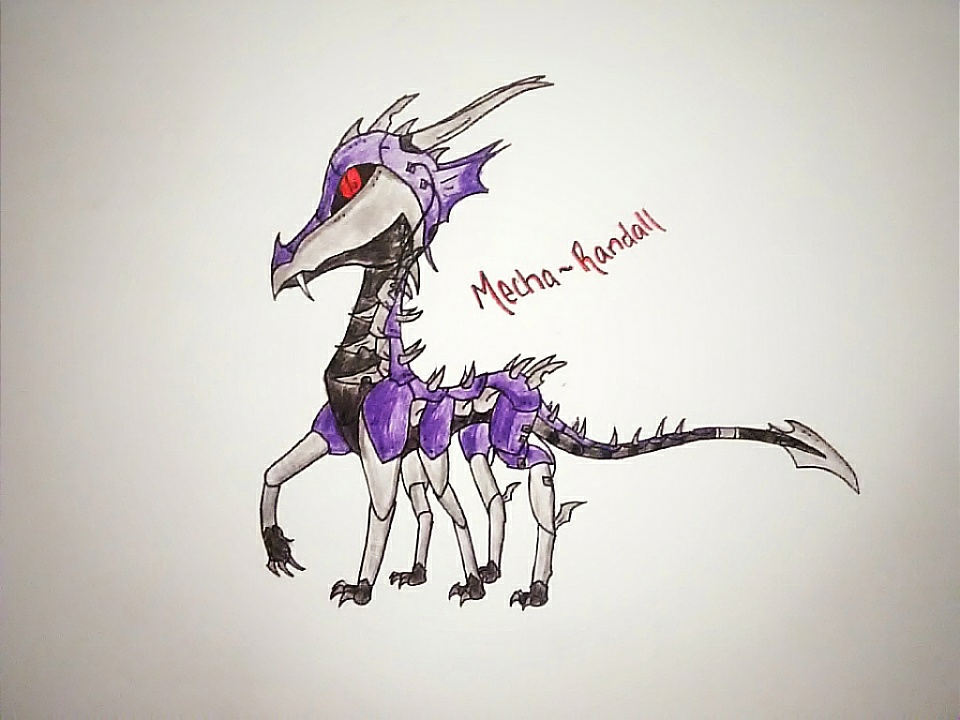 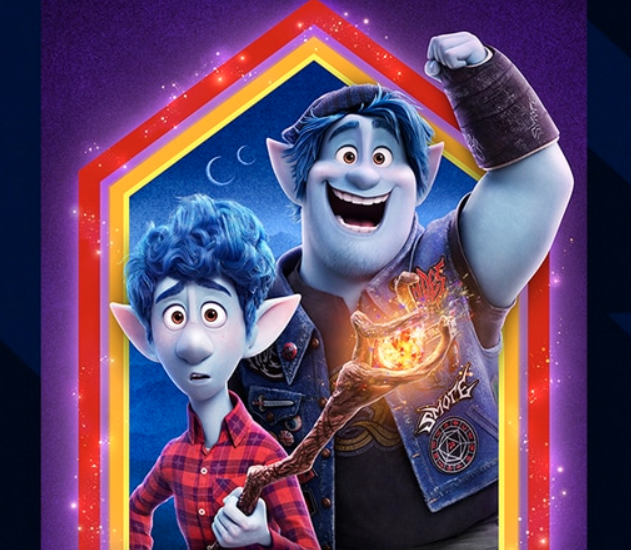 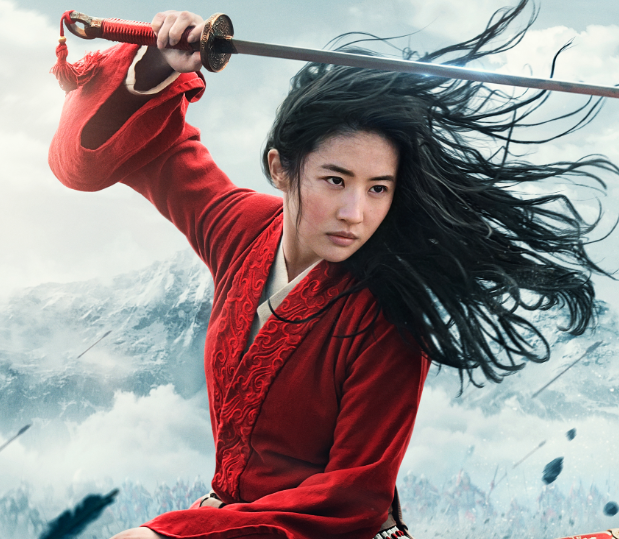 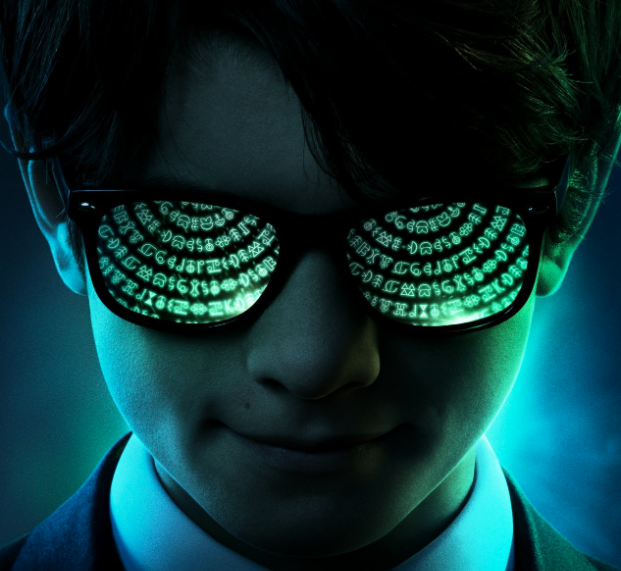 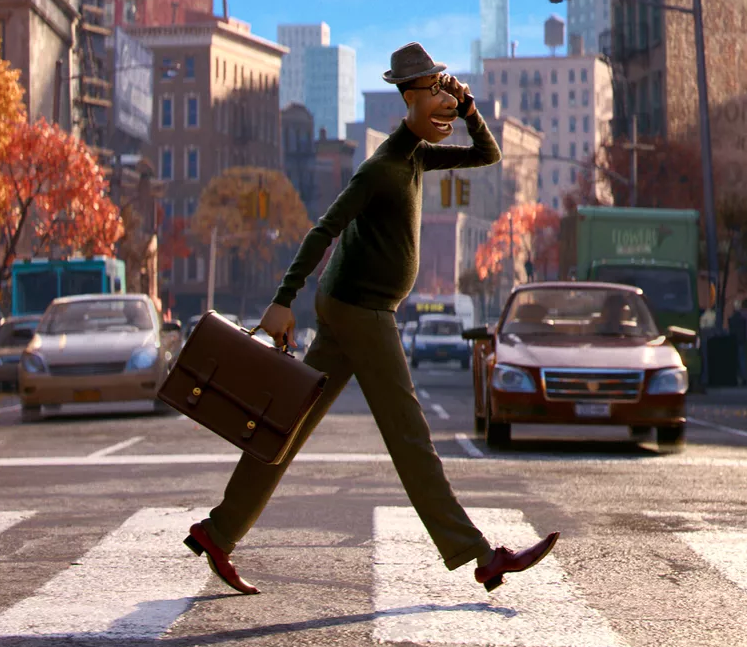 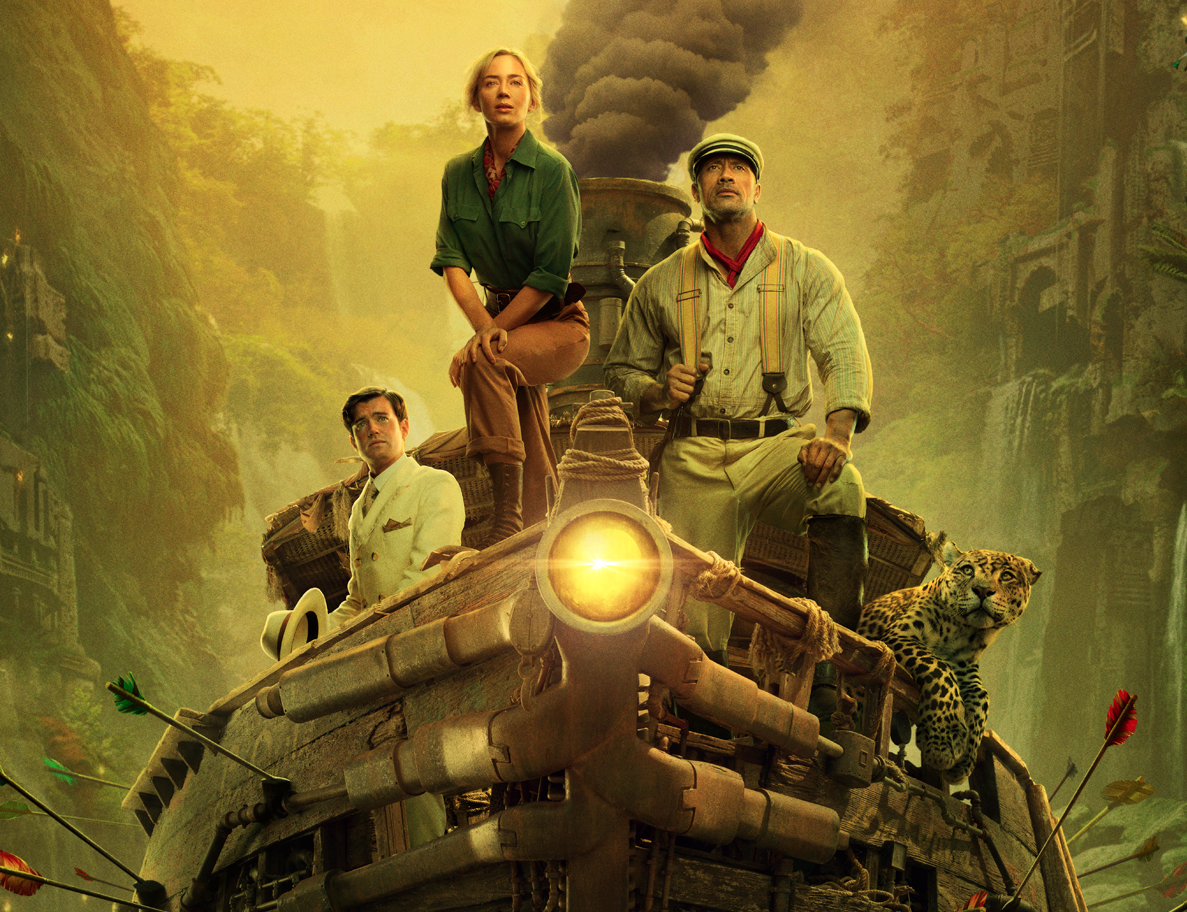 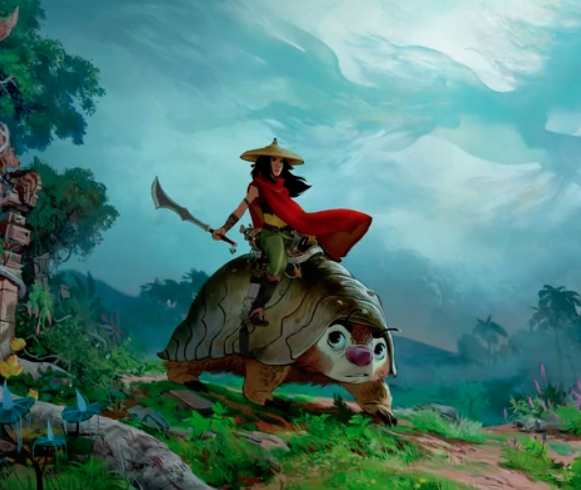