For those who don't know, Stephanie Best is a YouTuber. She mainly reviews films and TV shows on her channel. 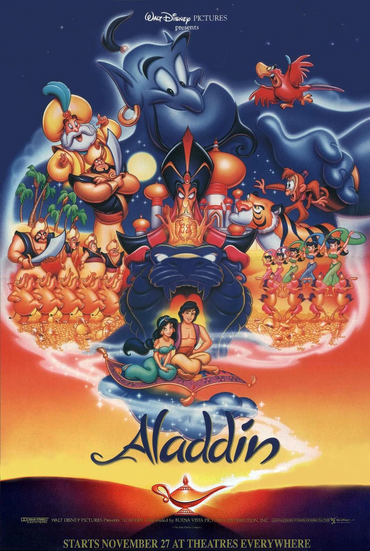 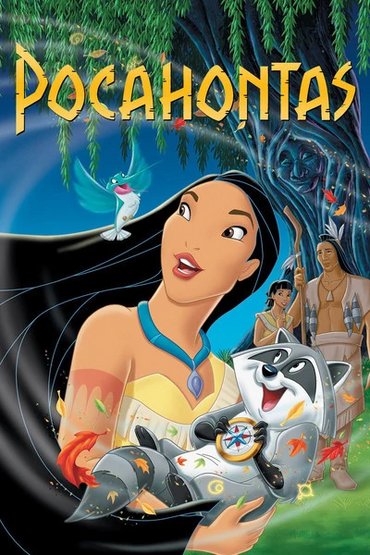 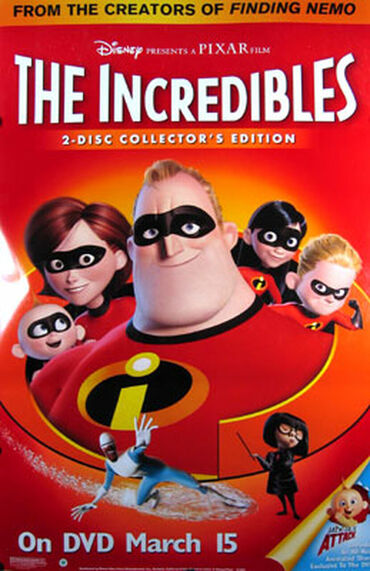 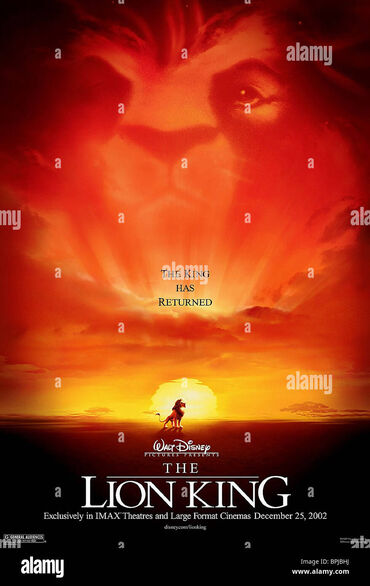 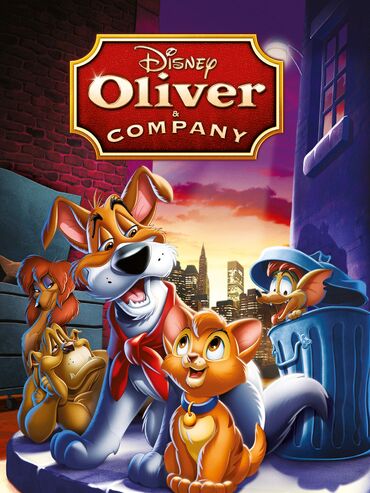 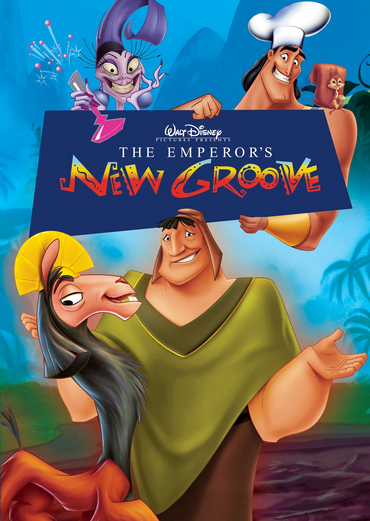 Alright guys. This week's drawing challenge; I want you to take a popular Disney character and draw what they would look like as a teenager! Good luck!

@Skippo the Great I see what you just did there!

An "I am" song, for those not in the know, is a song in musicals that establishes everything we need to know about a character. 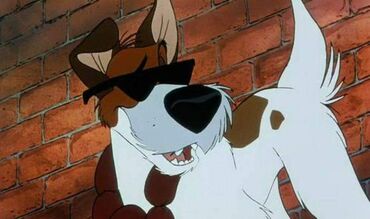 Why Should I Worry? 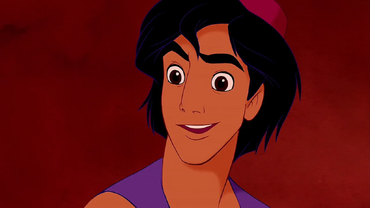 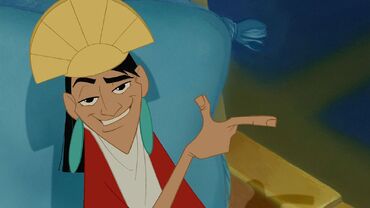 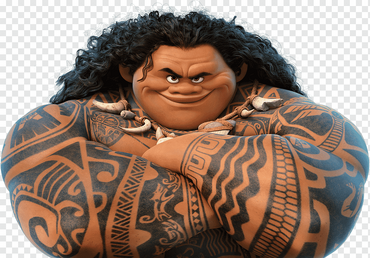 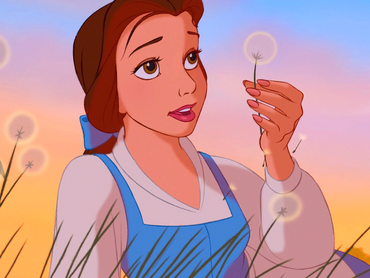 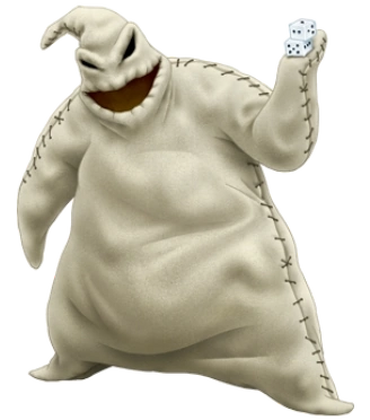 Simple. Disney gave up on it after Scamp's Adventure.

Halloween. A night of dressing up. A night of trick or treating. And a night for partying. What it usually isn't is a night spoiled by annoying relatives. This was, unfortunately, the case for Johnny.

"This is exactly how I wanted to spend my Halloween," he snarked. He'd been roped into going trick or treating with his younger sister Meg; she was a pint-sized bear cub aged seven, and as her position of the baby of the family, she got whatever she wanted, whenever she wanted, and wasn't scared to say what she thought. Both were dressed up, Johnny as Frankenstein's monster, and Meg wore a cute little witch outfit, complete with a broomstick.

"You know I am here," she quipped back.

"Don't remind me," Johnny just wanted to get this over with.

As it turned out, Meg's resolve not to enjoy herself was quickly broken as she had amassed quite a bit of candy from her trick or treating; even Johnny seemed to be enjoying himself.

As they were making their final rounds, they ran into some familiar faces. It was Robin and Marian, who were wearing bride and groom outfits, which looked torn around the edges, and their clothes and faces were smattered with fake blood and white makeup.

"Robbie! Marian! How are you?" Johnny asked, trying to save his pride.

"We're alright," Robin answered back. "You out trick or treating?"

"And who's this?" she asked. "Your little sister?"

"OK, then," Marian backed away, giggling slightly. "Well, it was nice seeing you, Johnny." The two foxes went on their way. Meg asked out of the blue, "So, Robin and Marian seem nice. Are they boyfriend and girlfriend?"

"Well, yes, but--" Johnny was unsure on how to answer.

"Will you ever have a girlfriend?" she asked, flashing a devilish smile.

"That's quite enough out of you, short stuff," Johnny yelped, blushing.

The two bears made their way through the moonlit streets, and suddenly were approached by a figure dressed in a zombie mask and torn clothes. He walked up to Johnny and smacked his bag of candy out of his hand.

"What the heck was that for?" he snapped. No response. "Hello? Am I talking to myself?"

Again no reply. Johnny had no other choice. He wrestled his mysterious assailant to the ground, who fought back. Johnny pulled off his mask to reveal who he was. The assailant was a muscular brown bear, almost as big as Johnny. He recognized who it was straight away.

"Yeah, it's me, Markham," Tyler replied snappily. "You trick or treating with your little sis?"

"You know this loser?" Meg was a bit confused.

"He was in elementary with me. We didn't get on," Johnny replied as quickly as possible.

"What are you gonna do? Set your baby sis on me? She might bite my kneecaps," Tyler put on the most mocking voice he could.

Meg gave Johnny her bag, and out of nowhere, delivered a swift left-hook to Tyler's nose. He cried out in agony. Johnny was taken aback.

"What the heck?" Tyler groaned, tears streaming down his face.

"Nobody picks on my big brother. Except me." She squealed, before putting her hands on her hips defiantly.

"She just punched me in the face!" Tyler yelped.

"Yeah. I noticed," Johnny rolled his eyes as he picked his candy up. "Now, aren't you meant to be going home for bedtime stories?"

"My night just keeps getting worse," Tyler moaned, as Johnny and Meg sauntered off.

As soon as they were alone, Johnny turned to his little sister. "Thanks for taking Tyler down a peg."

"No, honestly. Even though you and I might hate each other's guts sometimes, at the end of the day, we're brother and sister. I'll always have your back and you'll have mine." Johnny said these words with the utmost sincerity.

A reply to Parker Green
0

Working as maids. Cause what goes around comes around.

It was Fall Break. Two glorious weeks off school, before going back to the daily grind. Two weeks to do whatever you wanted, whenever you wanted.

The gang had gathered at Klucky's house that Friday evening; her mother had gone out to eat, and left the teenagers on their own in the house, trusting that they wouldn't cause trouble.

It had been a pretty good evening up to now; they had ordered pizza from Bazzini's-with a side order of chili fries, two gargantuan bottles of Pepsi and a huge carton of chocolate chip ice cream-and now they had gathered in Klucky's bedroom.

All of the teens were in their pyjamas, and sitting on Klucky's bed, watching a sappy romcom on her TV; Robin, Klucy and Marian were the only ones enjoying it; Edward, Johnny and Francis's faces had expressions that ranged from boredom to nausea. After the movie ended, the friends gathered on the floor in their pyjamas.

"Alright guys. I think we should get together and play a little game I call Confessions!" Klucky squealed. "Tell me your deepest, darkest, secrets."

You could cut the atmosphere in the bedroom with a knife. Finally, Robin decided to answer first.

"OK, so..." Robin's eyes shifted back and forth. "Well, about two weeks before we broke up for Spring Break, my little cousin Sam came to visit..."

"How old is he?" asked Marian.

"He's seven." Robin continued. " Anyway, he came down with my aunt and uncle from Santa Cruz, and stayed for the weekend; anyway, Sam left his shirt at our house, and like an idiot, I wore it to school for the whole day."

"And you didn't even notice?" Johnny asked, incredulously.

"Well, aside from Marian asking me why it looked my mom shrunk my shirt in the wash," Robin blushed, and chuckled slightly.

"OK, my turn." Johnny took a sharp breath in and exhaled. "You know how I had a bit of a crush on Shauna Greenwood?"

"That polar bear on the drama club? I know her," Marian replied.

"Yeah, so, I asked her out with me back in July, so I went out, dressed to the nines and I knocked on the door to this house. Who should come out but this buff Rottweiler and I ask, 'Is this Shauna's house?' and he said I'd got the wrong address. She lived like two blocks away from him." Johnny kept replaying the memory in his head over and over.

"Uh, after clearing up the little mishap. Yeah." Johnny's cheeks had turned red.

"OK, here's my embarrassing secret." Marian decided to come clean. "So, this was a year ago, right? My dad and I had gone to this really nice Italian place. Like, we're about halfway through the meal, and I get up to go the bathroom. So, I go to the bathroom, right? When I'm finished I sit down, and I start eating. When I hear this voice telling me 'Excuse me?' I realize I was sitting at the wrong table!"

The gang erupted into uproarious laughter. Soon it was Edward's turn to confess.

"So, this is a bit of a strange one, but OK..." Edward's eyes darted back and forth. "So, it's back in '95, my aunt and uncle-on my mom's side-come down from Austin, right, and they brought my cousins, Theo, who was four and Kenny, who was only a baby..."

"How old were you?" Robin asked.

"Thirteen." Edward stated bluntly. "Anyway, I'm lookin' after Theo, and he tells me, 'I'd like to have a baby cousinr' I told him, 'You already have one. George.' So then he asks me to pretend to be his baby cousin, right? So, just to shut him up, I end up dressing like a baby-diaper, pacifier, everything-and acting like one too, and he milked it for everything it was worth; peak embarrassment came when my dad ended up doing baby talk to me; his THIRTEEN-YEAR OLD son!"

"I think we should call it a night." Johnny cut in. "It's like eleven p.m. and we need to figure out some sleeping arrangements."

After a lot of deliberation, Klucky and Marian shared her large comfy bed. Robin slept on a camp bed that he had found languishing downstairs; Johnny, Edward and Francis slept in sleeping bags that had been left over from a family camping trip that Klucky and her parents had taken goodness knows how many years ago.

Robin Hood
A reply to TDALy98
0

@FrozenHeart606 And the Luisa-Greek myths connection, you've obviously got the reference to Hercules and Cerberus; but also Luisa holds up the earth like Atlas.

@FrozenHeart606 The Spanish word for "Wednesday" is "miercoles". It's also a child-friendly substitute for the S-word.

@Pacman. eats. DOTS. While practically all of Pixar's movies are funny, Turning Red's comedy seems to be influenced by 1980s comedies like Teen Wolf and Weird Science.