A green sea turtle with blue eyes, with a green turtle shell containing a "Mickey Mark" in its center and on his left leg

“What will you sing with 'Olu Mel?”
―'Olu Mel's storybook tag.

'Olu Mel (オル・メル),[1] originally just 'Olu (オル) is a sea turtle created as an Aulani representative for the Duffy and Friends toyline.

As Mickey Mouse and his pal Duffy were sailing the islands for a perfect birthday present for ShellieMay, they could hear the sounds of a ukulele calling them over to a cove where a kindhearted turtle named 'Olu played happy tunes.

'Olu greeted Duffy with a smile and said, "I play my 'ukulele to make songs of love. Want to sing with me?"

"That will be the perfect present for ShellieMay!" said Duffy. Off to her birthday party, they went, singing the special song of friendship and love.

'Olu gets a new name

As the story goes, on a bright sunny Hawai‘i day, Duffy and ShellieMay were looking for ‘Olu so the three friends could play, but he was nowhere to be found.

So, they decided to check the beach. As they followed their usual path to the ocean, they began to hear melodious music. When they arrived at the shore, they found ‘Olu strumming his ‘ukulele and singing about blue and white waves playing hide-and-seek with one another.

Both Duffy and ShellieMay agreed that they thought ‘Olu’s melody was truly beautiful. So beautiful, that right then and there, ShellieMay wanted to give their friend the nickname Mel, short for melody. Duffy added that he always liked the name ‘Olu too.

‘Olu thought for a second, then started strumming his ‘ukulele and singing, “Duffy and ShellieMay, you like both names, that’s swell. From now on, you can call me, ‘Olu Mel!”

Duffy and ShellieMay looked at each other and exclaimed, “We love the name, ‘Olu Mel!”

Seeing his dear friends so excited about his new name, the musical turtle felt happy and honored to be called ‘Olu Mel, because now, music was a part of his name.

A walkaround version of 'Olu Mel debuted at Shanghai Disneyland on September 1, 2020 as part of the A Month with Duffy & Friends event and at Hong Kong Disneyland on November 20, 2020, to commemorate the park's 15th anniversary.[4]

'Olu plush and outift at Aulani. 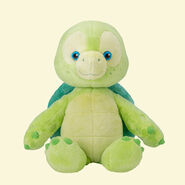 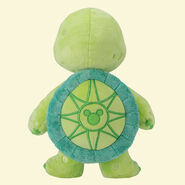 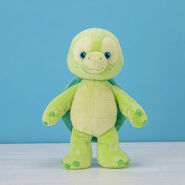 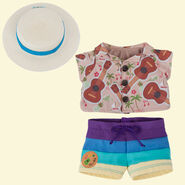 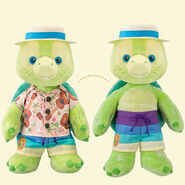 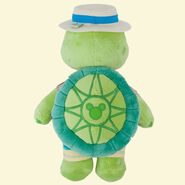 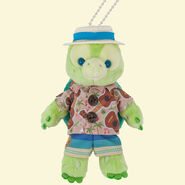 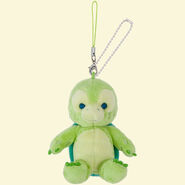 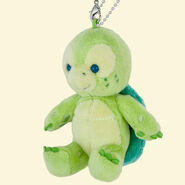 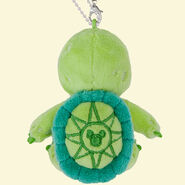 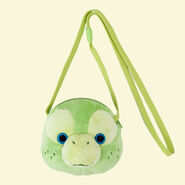 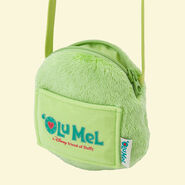 'Olu Mel Pass Case (back).
Add a photo to this gallery

Retrieved from "https://disney.fandom.com/wiki/%27Olu_Mel?oldid=4326055"
Community content is available under CC-BY-SA unless otherwise noted.