Kid (by Joe)
Joe Gardner (when in his body)

The Great Before (formerly)
Earth

Earth (formerly), being told she has no purpose, being yelled at, failing, music sounds (formerly)

22 is the deuteragonist of Disney•Pixar's 2020 animated feature film, Soul. After Joe accidentally arrived at the Great Before, he seeks help from 22 to get him back to his body before it's too late. While by Joe’s side, 22 learns what it means and feels like to be alive.

22 (the 22nd soul ever created) is a precocious soul who has spent hundreds of years at The You Seminar, where new souls must meet several requirements before going to Earth. Like every soul before her, 22 has been through the Personality Pavilions, which explains her endearing sarcasm, quick wit and occasional moodiness. She’s met every requirement to go to Earth—except one. But no matter how many visits she makes to the Hall of Everything, no matter how many esteemed luminaries have mentored her, she can’t find the spark she needs to fulfill her requirements and make her way to Earth. That’s fine with 22; the truth is—she’s not interested in life on Earth at all.

The only thing known about 22 is that she has spent eons in the Great Before, and the amount of years she spent there resulted in her dim view of life on the Land of the Living.

22 is a soul with a snarky and cynical attitude. She is not interested in having a life on Earth and would rather stay at the Great Before due to believing life on Earth to not be that great. 22 would even push her mentors away whenever they try to help her in finding her "spark" to complete her Earth badge. 22 also speaks in the voice of a "middle-aged white lady" just to annoy people and to keep them away from her.

When 22 meets Joe, she decided to have him help her complete her Earth badge and give it to him so she can skip life while finding the idea of Joe trying to get back to his body amusing as she believed his life to be sad and miserable. When trying at the hobbies featured at the Hall of Everything, 22 showed no interest in any hobby as she already tried all of them before she met Joe. She even claimed she was not a liar after she and Joe failed to fill out her badge at the Hall of Everything. When she accidentally possessed Joe's body, she even tried to explain to some people that she was not Joe and his soul was actually inside the body of Mr. Mittens.

As 22 spent her time on Earth in Joe's body, she began to realize that life is not as boring as it seems due to only viewing what her mentors' lives were like and what kind of passions were being given out at the You Seminar. 22 found enjoyment in the small things in life whether they were good or bad such as eating delicious foods or getting yelled at. As 22 experienced the little things in life, she revealed to Joe that her cynical, snarky attitude towards Earth was actually to cover how insecure she felt about herself, feeling she would not be a good human being if she were given a life.

When she got her Earth badge fulfilled and Joe told her she only completed her badge due to being in his body, 22 became depressed and decided she was not good enough for living that she allowed herself to become a lost soul where she was allowed moments of her mentors and Joe berating her to not be worthy of having a life. However, when Joe came back to the You Seminar, he brought 22 out of her emotional turmoil and convinced she is worthy of having a life. Joe's encouragement helps 22 overcome her insecurity, making her feel confident to start her own life on Earth.

22's body is shaped like a light bulb. She is light aqua with faded pink cheeks, purple eyes and eyebrows, a buck tooth in her mouth, a tuft of hair, and no legs. However, she is able to form legs whenever she wants, as seen when dancing and running.

As a Lost Soul, in her first form, she still looks the same, but in navy and her eyes along her mouth become cyan, giving her a dark ghost-like appearance. In her second form, she grows a little taller and distorted and her hands become tentacle-like arms, she also gained legs. In her third and final form, she has only one cyan eye, she becomes even taller and more distorted, she gains a buck tooth, and the tip of her head vaguely resembles a Santa hat. she also has a hole on her chest where her Earth pass was after she threw it at Joe Gardner.

After Joe (wearing Dr. Börgensson's name tag) is presented to the audience, Jerry B gets Soul #22 to go with Joe in order to be his mentor. Jerry B explains that Soul #22 has been at the Great Before for quite some time with some mentors like Gandhi, Abraham Lincoln, and Mother Teresa. Jerry B then allows 22 to go with Joe, to which the two find themselves in a room full of Dr. Börgensson's memories. 22 explains to Joe that she had many souls that now dislike her, which shows a montage of souls angry at her. Joe clarifies himself that he is not Dr. Börgensson. As Joe places his hand on the motion touch, he notices memories of Joe himself all around him alongside 22. Joe shows 22 the moment he started getting used to jazz, explaining to her that this is why he became a jazz musician just before looking at his current self in the real world. Refusing to accept this, he demands 22 to give him a badge in order to return to Earth to which 22 cannot leave unless she has an Earth Pass. In order to turn the badge into an Earth Pass, Joe decides to help her find the sparks seen on 22's badge.

Back at the Great Before, Joe plans to return to Earth, to which 22 tells her not to as the portal only leads to back to the same location for souls who do not have an Earth Pass. Upon arriving at the Hall of Everything, 22 uses her curiosity experiencing different things inside to which after trying, the two leave only to be noticed by Counselor Jerry B, explaining to Joe that Soul #22 can be a challenge, bringing the two to the Great Beyond. Instead of leaving to the Great Beyond, 22 asks Jerry B to know if she and Joe can try breakdancing to which the Counselor Jerry allows 22 and Joe to continue finding their spark at the Great Before upon seeing 22 being enthusiastic rather being pragmatic during the seminar. 22 and Joe arrive at the Just a Box area where Jerry B would never find her to which upon arriving, 22 and Joe enter through a secret passage leading to an area known as the Zone. 22 describes the Zone to Joe as a spiritual and physical place to which whenever 22 throws a ball of dust on the souls of people in the real world, it messes up with people doing their real life activities in the real world. 22 and Joe walk across an area of lost souls to which one lost soul chases after the two to be rescued by Moonwind.

As Joe asks Moonwind to help him return to his body, Moonwind introduces himself to the two souls, as well as introducing his fellow mystics, Windstar Dreamermoon, Dancerstar Windmoon, and Dreamerwind Dreamerdreamer bringing the lost soul back home to which the lost soul was actually a hedge fund manager to which Moonwind and his fellow companions manage to send him back to the real world. 22 and Joe later board Moonwind's ship to help Joe find his spark. As Joe arrives at the spot where he must meditate very patiently to return to the real world, he ends up falling down alongside 22, much to Moonwind feeling worried about this. This causes Joe's body to be controlled by 22 while Mr. Mittens' body was controlled by Joe Gardner himself.

Over time, 22 ends up taking control of the real Joe Gardner while Joe's soul himself takes control of Mr. Mittens in the real world. Joe and 22 plan to find Moonwind to help fix the problem he and 22 have only to find out that he ends up getting yelled at by Marge. 22 and Joe continue exploring the real world around them controlling the cat Mr. Mittens and the real Joe himself. Suddenly, Moonwind appears again this evening to help fix the confusion with Joe and 22 to which 22 refuses to leave. Joe controlling Mr. Mittens chases the real Joe controlled by 22 across New York City. Back at the subway station, Joe and Mr. Mittens end up getting the souls of 22 and Joe Gardner back to the Great Before due to Terry's plan to capture Joe.

Soon after Joe returns to the Great Before, he and 22 get into an argument of each other finding their sparks. Terry tells Joe that he cheated just as she brings him and 22 to four Counselors just as Jerry A stares at 22 wearing her Earth Pass just as Terry sends Joe to bring 22 to the Earth portal to bid her a farewell to which 22 still refuses to Earth. After an argument with Joe, 22 angrily leaves and finds herself at the Astral Plane where she becomes a lost soul.

Moonwind then helps Joe find 22 who has become a lost soul to which Joe does an attempt to apologize to her to which 22 refuses to listen to him and tells him to get away from her. 22 (as a lost soul) barges through the ceremony where Jerry B awards Terry a trophy as requested, disrupting it just as the Counselors surround her to stop her from escaping. As 22 starts to feel happy after Joe shows 22 his memories, 22's lost soul form disintegrates as Joe gives the Earth Pass back to her just as 22 manages to adapt living on Earth in a new life after formerly deciding to stay at the Great Before.

Set before the events of the film, the short details 22's desperate attempts to prevent other souls from going to Earth. Despite her efforts she is incapable of keeping those that follow her, resulting in her cutting off the idea of having any friends.

The Japanese title for Soul 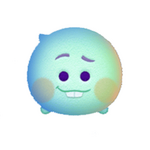 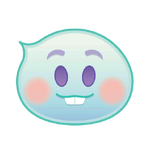