Disney Wiki
Register
Don't have an account?
Sign In
Advertisement
in: Films, Films based on books, A Wrinkle in Time,
and 7 more
English

A Wrinkle in Time

The film was originally pitched following the success of Alice in Wonderland in 2010. Disney wanted to move forward with the project, but would only lend the film's production company Bedrock Studios $30 million for a budget. Due to the film's special effect heavy source material, and such a low budget, the film never materialized until the idea was re-pitched by Jennifer Lee. The film was green-lit for the strong female narrative and unique approach to science fiction.

Thirteen-year-old Meg Murry struggles to adjust to school and home life ever since her father Alex, a well-renowned scientist, mysteriously disappeared while he was studying astrophysics. Both Meg and her mother Kate believe he solved the question of humanity's existence and theorize he was teleported to another world.

During the night, Meg's younger brother Charles Wallace welcomes a stranger in a large white dress named Mrs. Whatsit into the Murry family house. She mentions the tesseract, a type of space-travel Alex was working on, is real, and leaves soon after. The next day, one of Meg's classmates, Calvin O'Keefe, joins them to go to the house of Mrs. Who, another strange woman who only speaks in quotes and seems to know Charles Wallace.

When Calvin joins Meg and Charles Wallace in their backyard, Mrs. Whatsit appears with Mrs. Who and another woman, Mrs. Which, who is the oldest and appears as a giant. The three reveal themselves as astral travelers, and lead Meg, Calvin, and Charles Wallace through a tesseract taking them to a distant planet named Uriel.

Mrs. Whatsit transforms into a beautiful green creature, and takes the children up into the atmosphere, where they see a dark shadow known as The IT. Mrs. Which tells Meg her father's experiments resulted in his being captured by The IT, a malevolent entity plotting to take over the universe. Gaining the women's trust, Meg and the others tesser to another planet where a seer known as the Happy Medium resides.

The Happy Medium shows them Meg's father is trapped on a planet called Camazotz, The IT's homeworld. Mrs. Which also explains The IT represents all of the greed, anger, pride, selfishness, and low self-esteem in the world. Showing them examples of these characteristics, Meg learns that while Calvin is popular at school, he is neglected and bullied by his father and her school enemy Veronica Kiley is extremely self-conscious. The three Mrs. propose they travel back to Earth to regroup, but Meg's refusal messes with the tesseract, and they travel to Camazotz instead.

Upon arriving on Camazotz, Mrs. Which, Mrs. Whatsit, and Mrs. Who are unable to stay because Camazotz's evil is stronger than their light. Before they depart, they bestow gifts upon Meg; these include Mrs. Who's glasses, the knowledge of Meg's faults, and the command to never separate.

The trio treks through Camazotz's hazardous traps before reaching a crowded beach where they meet the IT's bodyguard, Red. He offers the starving children food and tells them Alex is safe and happy. He reveals to them there is nothing to worry about here, but Calvin and Meg realize something is wrong when Charles Wallace proclaims all of the food tastes like sand. When Red starts repeating the times tables, Charles Wallace is hypnotized by the rhythm, allowing the IT to take full control of his mind.

When Meg and Calvin pursue Charles Wallace, they find themselves in a seemingly empty room. Using Mrs. Who's glasses, Meg finds an invisible staircase leading to the room where her father is being kept prisoner. After bringing him out of captivity, the IT's power allows Charles Wallace to forcefully drag them to finally meet his master. As Calvin and Meg fall under the IT's power, Alex opens another tesser and prepares to leave with the children, abandoning Charles Wallace. Meg refuses and projects out of the tesser herself, leaving her alone. When she confronts Charles Wallace in corruption, she realizes the IT uses deception and hatred for power. Using her love for her brother and the knowledge she is imperfect, Meg frees Charles Wallace from the control of the IT and releases the control of Camazotz from the evil entity. The three Mrs. return and tell Meg her time is here to tesser for herself.

Returning home, Meg thanks the women for their help and for rescuing her father and they part ways, while Veronica became nice to her. The film ends with the Murry family celebrating a joyful reunion and Calvin going home to confront his father.

In October 2010, it was announced that Walt Disney Pictures had retained film rights to remake the live-action adaptation of the 1962 novel A Wrinkle in Time by Madeleine L'Engle. Following the success of Tim Burton's Alice in Wonderland, Disney announced that they had hired Jeff Stockwell to write the screenplay for Cary Granat and his new Bedrock Studios. Cary Granat had previously worked with Disney on the Chronicles of Narnia and Bridge to Terabithia films.[1] The project's budget was supposed to be $35 million, which the company compared to District 9 and Bridge to Terabithia, both of which were made for less than $30 million.[2] On August 5, 2014, Jennifer Lee was announced as the screenwriter taking over from Stockwell, who wrote the first draft.[3][4] On February 8, 2016, it was reported that Ava DuVernay had been offered the job of directing the film, and she was confirmed to direct later that same month.[5][6] Directing this film, DuVernay would be the "first woman of color" to direct a live-action with a production budget over $100 million.[7]

On July 26, 2016, Variety reported that Oprah Winfrey began final negotiations to join the film to play Mrs. Which, one of the three Mrs. who helps guide the children along their journey.[8] Winfrey who accepted the role of Mrs. Which said that while they we're shooting the film, she felt that she's "making the new Wizard of Oz for another generation."[9] On September 7, 2016, Reese Witherspoon and Mindy Kaling were in talks to join the film, where Witherspoon would play Mrs. Whatsit, a former celestial being who looks like a grandmotherly hobo, while Kaling would play Mrs. Who, the literature-quoting supernatural being.[10] On September 13, 2016, Storm Reid was cast as lead role of Meg Murry, a young girl traumatized by the disappearance of her scientist father years before.[11] In October 2016, Gugu Mbatha-Raw and Chris Pine were cast as the parents of Meg, Dr. Kate Murry and Mr. Murry , respectively.[12][13] On November 1, 2016, more cast was announced, which included Zach Galifianakis as the Happy Medium, André Holland as Principal Jenkins, Levi Miller as Calvin, and Deric McCabe as Charles Wallace, along with Bellamy Young, Rowan Blanchard, and Will McCormack.[14] The producers on the film would be James Whitaker and Catherine Hand.[14] Michael Peña also joined the cast to play the character Red.[15]

Principal photography on the film began on November 2, 2016 in Los Angeles, California.[16][14][17] After filming in Los Angeles, production moved to New Zealand for two weeks.[14] Tobias A. Schliessler was confirmed to be working on the film as cinematographer, along with other production team members including production designer Naomi Shohan, costume designer Paco Delgado, and visual effects supervisor Rich McBride.[18][14] 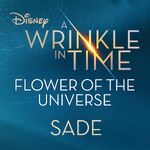 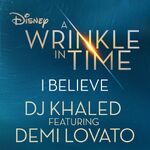 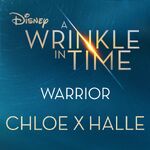 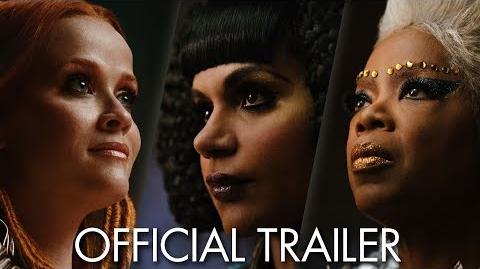 A Wrinkle In Time Official US Teaser Trailer 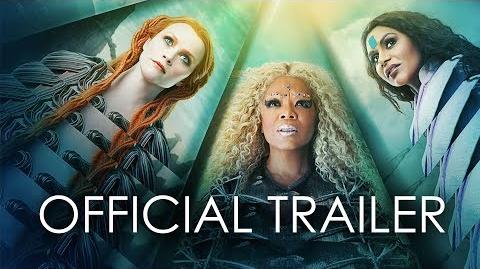 A Wrinkle in Time Official US Trailer 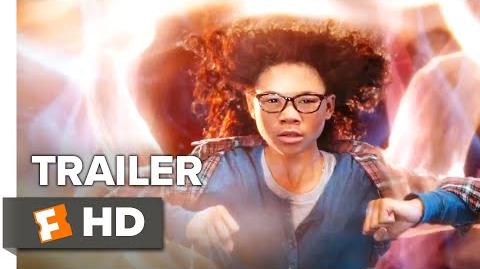 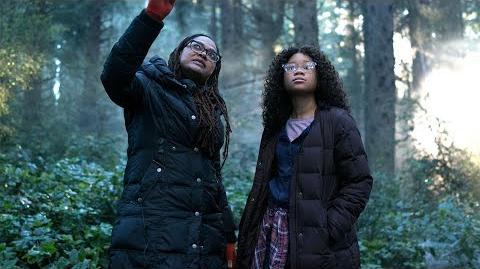 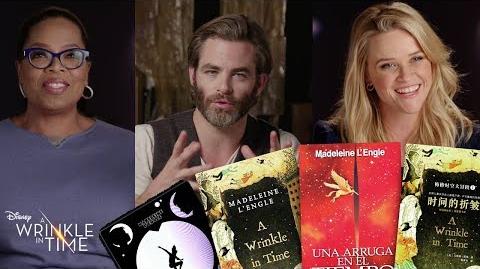 "Legacy of the Book" Featurette - A Wrinkle in Time