2002-present
Abigail Kathleen Breslin is an American actress, who is the younger sister of Spencer Breslin. She is best known for her roles in Signs, Little Miss Sunshine (for which she became one of the youngest actresses ever to be nominated for an Academy Award when she was nominated for Best Supporting Actress), No Reservations, Nim's Island, Definitely, Maybe, My Sister's Keeper, Zombieland, and in Rango. She also portrayed Libby Putney/Chanel #5 in the FOX horror comedy-drama Scream Queens.

For Disney, she voiced RoseBud in Air Buddies and played Parade Girl Carolina in the 2004 Disney comedy film, The Princess Diaries 2: Royal Engagement, and Trish in the 2006 Disney film, The Santa Clause 3: The Escape Clause. She also posed as Fira in "Where Magic Begins" in the Disney Dream Portrait Series. Additionally, she portrayed Bo Hess in the 2002 Touchstone Pictures film, Signs, Sarah Davis in the 2004 Touchstone Pictures film, Raising Helen, and Megan Clover in the Grey's Anatomy episode "Sometimes a Fantasy".

Fira in "Where Magic Begins" from the Disney Dream Portrait Series 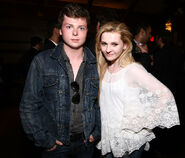 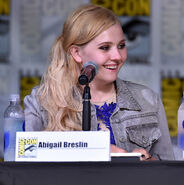