Roman
Abigail Leigh Spencer is an American actress. She is known for her role as Suzanne Farrell in the TV action drama Mad Men and Amantha Holden in the TV drama Rectify.

Abigail Spencer at the Oz the Great and Powerful premiere in February 2013. 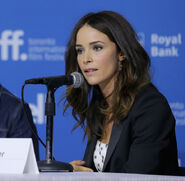 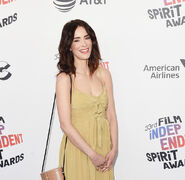 Abigail Spencer speaks at the Reprisal panel at the 2019 Summer TCA Tour. 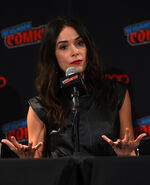 Abigail Spencer speaks at the 2019 New York Comic Con.
Add a photo to this gallery
Retrieved from "https://disney.fandom.com/wiki/Abigail_Spencer?oldid=3773425"
Community content is available under CC-BY-SA unless otherwise noted.