Disney Wiki
Register
Don't have an account?
Sign In
Advertisement
in: Films, Live-action films, Adventures in Babysitting (2016 film),
and 3 more

This article is about the 2016 movie. For other medias, see Adventures in...Sitting.

English
Adventures in Babysitting is a 2016 American comedy film directed by John Schultz and was aired by Disney Channel. It stars Sabrina Carpenter and Sofia Carson as two competing babysitters. It is a reimagining and stand-alone sequel of the 1987 film of the same name. The first teaser was released during the premiere of the Disney Channel Original Movie, Invisible Sister.

Jenny Parker (Sabrina Carpenter) and Lola Perez (Sofia Carson) are rival babysitters who team up after one of their kids sneaks out, leading them into an adventure throughout the city to find them.

A remake was reportedly planned for release in 2012. Raven-Symoné was going to star in it but decided to withdraw due to other projects. Miley Cyrus was also rumored to be attached to it, but later denied involvement. Tiffany Paulsen was writing the script. It was presumed that it was scrapped due to years of inactivity. However, on January 9, 2015, Disney announced that it would go forward, with Sabrina Carpenter and Sofia Carson starring as competing babysitters. 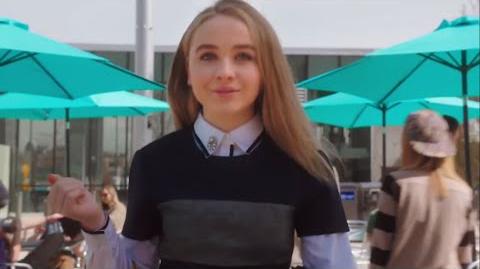