September 24, 2013 – August 12, 2020
Marvel's Agents of S.H.I.E.L.D. is an American television series developed by Joss Whedon, in collaboration with Jed Whedon and Maurissa Tancharoen, based on the Marvel Comics organization S.H.I.E.L.D. The show is produced by Marvel Television, currently airing on the ABC network, and is set in the Marvel Cinematic Universe, sharing continuity with the films in that franchise.

In the second season, after the destruction of S.H.I.E.L.D., Coulson and his team look to restore trust from the government and public, while dealing with the much more powerful HYDRA organization and the revelation of the Inhumans. This is complicated with the appearance of another faction of S.H.I.E.L.D. agents, who do not trust Coulson, or the types of missions his team is performing.

In the third season, HYDRA is still a threat much more influential with the leader of HYDRA; Hive who took on the body of Grant Ward.

In the fourth season, following the defeat of HYDRA and signing of the Sokovia Accords S.H.I.E.L.D is legitimized too to the public with a new director since the public thinks Coulson is dead.

In the fifth season, the team is transported to the future where Earth is destroyed and the rest of humanity is enslaved by Kree. They make it back to their time to prevent what they saw and succeed but at the cost of Fitz and Coulson.

In the sixth season after Coulson's death, S.H.I.E.L.D is rebuilding and are investigating strange events happening and are looking for Fitz. They come across a group of mercenaries led a man who looks like Coulson.

In the seventh and final season, Coulson and the Agents of S.H.I.E.L.D. are thrust backward in time and stranded in 1931 New York City. With the all-new Zephyr set to time-jump at any moment, the team must hurry to find out exactly what happened. If they fail, it would mean disaster for the past, present and future of the world.

On August 31, 2009, the Walt Disney Company announced that it was purchasing Marvel Entertainment for about $4 billion. Disney CEO Bob Iger said on a conference call that Disney intended to incorporate the Marvel properties across all of its media platforms, including television. In June 2010, Marvel announced that it had hired Jeph Loeb as president of Marvel Television, a newly created division of Marvel Entertainment.

In an interview the day after his appointment, Loeb stated that Marvel intended to continue producing animated television series, and that "there's a brand new division that we'll do with live action, where we're working in partnership with ABC and ABC Family to find the right properties, the right characters, and develop them. To start, we will be exploring the one-hour drama field similar to the shows that I mentioned that I've worked on, like Smallville and Lost." In the following months, various pilots based on comics from Marvel's catalog went into development, including AKA Jessica Jones, based on the comic book series Alias, and a series based around the Hulk, though none were given the green-light.

In July 2012, Marvel Television entered into discussions with ABC to do a new show set in the Marvel Cinematic Universe, though at that point it was undecided what the show would be. It was described as "'a kernel of an idea' with a number of scenarios being explored, including a high-concept cop show. In August 2012 it was announced that The Avengers director Joss Whedon, creator of cult hit shows such as Buffy the Vampire Slayer and Firefly, would be involved in the show's development. A few weeks later ABC ordered a pilot for a show called S.H.I.E.L.D.; the pilot was to be written by Joss Whedon, Jed Whedon, and Maurissa Tancharoen, directed by Joss Whedon, and executive produced by Joss Whedon, Jed Whedon, Tancharoen, Jeffrey Bell, and Jeph Loeb. Jed Whedon, Tancharoen, and Bell will serve as showrunners if the pilot goes to series.

Joss Whedon stated that the show would be autonomous from The Avengers, saying "It's gotta be a show that works for people who haven't seen the Marvel movies. It will please Marvel fans, I think. In a September 2012 interview at the Toronto International Film Festival, Whedon reiterated that sentiment, going on to say "It's new characters. It needs to be its own thing. It needs to be adjacent [to The Avengers]... What does S.H.I.E.L.D. have that the other superheroes don't? And that, to me, is that they're not superheroes, but they live in that universe. Even though they're a big organization, that lack of powers makes them underdogs, and that's interesting to me. Whedon explained that while the show would involve people with powers and the spectacle of science-fiction storytelling, it would focus on "the peripheral people ... the people on the edges of the grand adventures.

In January 2013, ABC president Paul Lee said that the story takes place after the events of The Avengers. Filming of the pilot episode began on January 22, 2013 and concluded on February 11, 2013. On April 6, 2013 ABC announced that the show would be titled Marvel's Agents of S.H.I.E.L.D. On May 10, 2013, ABC announced that it had officially picked up the series. In Spain the series' premiere is the 11th of October of 2013.

In 2016, it was announced at the San-Diego Comic-Con the show would be renewed for a fourth season, featuring the popular character Ghost Rider. In December towards the mid-season finale the show would center on the Life Model Decoy 'Aida' as the main villain. It was also announced that a new digital series would be produced starting December 13, with the Inhuman agent Elena 'Yo-Yo' Rodriguez as the main focus.

In October 2012, a casting sheet for five lead roles was sent out. Later that month, at the New York Comic Con, Joss Whedon, Kevin Feige, and Clark Gregg announced that Gregg would be reprising his role as agent Phil Coulson in the series' pilot, and would "headline" the series. Toward the end of the month, actress Ming-Na Wen was cast as agent Melinda May. In November 2012, Elizabeth Henstridge and Iain De Caestecker were cast as agents Jemma Simmons and Leo Fitz, respectively. Later in November, newcomer Brett Dalton was cast as agent Grant Ward. In December 2012, Chloe Bennet was cast as Skye, the sixth and final series regular. In January 2013, Cobie Smulders, who played agent Maria Hill in The Avengers, said that her character may make an appearance in the show and that her commitment to How I Met Your Mother would not prevent her from participating. J. August Richards, one of the stars of Whedon's 1999 series Angel, was also cast in the pilot, though his role was not specified.

CTV announced in June 2013 that they hold the broadcast rights for Canada, and the series debuted on September 24, 2013, being simulcast with the American broadcast. On August 22, 2013, it was confirmed that Channel 4 would air the show in the United Kingdom, and it premiered on September 27, 2013. In Australia, the show premiered on Channel 7 on October 2, 2013, with the broadcast of the first two episodes.

Before the premiere, the entire pilot was screened at San Diego Comic-Con International in July 2013, and was met with a very positive reaction from the crowd. Critically, the initial screening of the pilot was met with mostly positive reviews. As of September 28, 2013, based on the pilot, the first season has received positive reviews from some critics, and received a Metacritic score of 74 out of 100, based on 32 reviews.

IGN gave the pilot an 8.5 out of 10, saying it "quickly hits the right notes to firmly show how it exists on the ground level" of the Marvel Cinematic Universe. The New York Times Brooks Barnes felt the storyline in the pilot was hard to follow at times, and did not like the thick accents of De Caestecker and Henstridge. He also added that "what goes over well at Comic-Con does not necessarily work in the real world," especially on a network with "Scandal moms and Dancing With the Stars grandparents."

Entertainment Weekly's initial reactions felt that "if everything that made the show appealing—its continuity with Marvel Cinematic Universe, its continuance of the The Avengers storyline, and Whedon's return to television—was stripped from it, the show still worked. However, they also questioned if the show was accessible enough to attract a wider audience". Variety's Brian Lowry felt that the "pilot picks up where Avengers left off, but doesn't pack quite the same punch," adding that the banter "occasionally feels a little precious and clunky".

Jim Steranko, the artist and writer who worked on the "Nick Fury: Agent of S.H.I.E.L.D." comic books, was critical of the pilot episode, lamenting that "...the show had no menace, no tension." For the second episode, Steranko said that it was "...too unfocused to be satisfying," but praised Jackson's cameo as Nick Fury as "...an electrifying reminder of what the series could and should be."

In the United States, the premiere episode of Agents of S.H.I.E.L.D. earned a 4.7/14 rating in the 18-49-year-old demographic, with 12.12 million total viewers, making it the biggest network drama debut in four years. In the United Kingdom, the debut episode was Channel 4's biggest drama launch of the year, averaging 3.1 million viewers, or a share of 14.2 percent of people watching TV in the UK at the time. In Canada, the first episode premiered on CTV to 2.706 million viewers, earning the third highest viewership for the week on the network. The Channel 7 premiere in Australia was watched by 1.3 million viewers, the top show of the night. 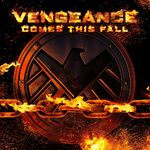