Jeff Tietjens (m. 1992–2017)
Aisha Nicole Tyler is an American actress, voice actress, talk-show host, and game show host. She is best known for being the co-host of the CBS talk show, The Talk, lending her voice as Lana Kane in the FX series, Archer, as well as the new host of Whose Line Is It Anyway?.

For Disney, she portrayed Mother Nature in The Santa Clause 2 and The Santa Clause 3: The Escape Clause. She also played Donna Hynde in the 2008 Disney film, Bedtime Stories, Alicia in the Disney+ series, Diary of a Future President, and voiced Museum Curator Hero in Higglytown Heroes. Additionally, she appeared as a guest in Earth to Ned. She also portrayed Dr. Tara Lewis in the ABC Studios TV show, Criminal Minds. She voices Millie Tuskmon in the Disney+ series, Monsters at Work.[1] 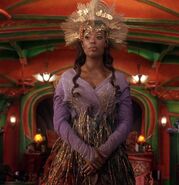 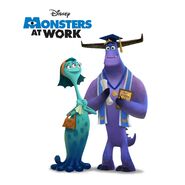