Disney Wiki
Register
Don't have an account?
Sign In
Advertisement
in: States, American Dragon: Jake Long locations, Flight of the Navigator,
and 2 more

Alabama is a state located in the southeastern region of the United States. It is bordered by Tennessee to the north, Georgia to the east, Florida and the Gulf of Mexico to the south, and Mississippi to the west. Alabama is the 30th-most extensive and the 24th-most populous of the 50 United States. Alabama ranks second in the area of its inland waterways.

From the American Civil War until World War II, Alabama, like many Southern states, suffered economic hardship, in part because of continued dependence on agriculture. Despite the growth of major industries and urban centers, white rural interests dominated the state legislature until the 1960s, while urban interests and African Americans were under-represented. Following World War II, Alabama experienced growth as the economy of the state transitioned from agriculture to diversified interests in heavy manufacturing, mineral extraction, education, and technology. In addition, the establishment or expansion of multiple military installations, primarily those of the U.S. Army and U.S. Air Force, added to state jobs.

Actors/Actresses and Crew born in Alabama 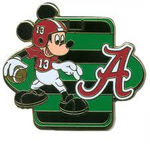 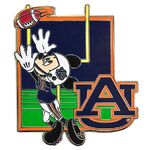 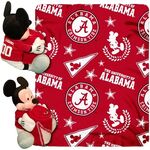