Alan was a programmer at ENCOM in 1982, when he wrote Tron, a security program that was able to shut down the Master Control Program (MCP), the administrative program that was controlling ENCOM's mainframe system. One day, Alan was denied access to Tron by the MCP, as part of a security lockdown measure, after former ENCOM programmer Kevin Flynn tried to hack into ENCOM's mainframe. Upset that he cannot access Tron, Alan's girlfriend Lora figures out that her former boyfriend, Flynn, was trying to hack into the mainframe in order to get proof that Ed Dillinger (programmer of the MCP and Senior Executive VP of ENCOM) stole his video games. Shortly after Dillinger's promotion to Senior Exec., Dillinger fired Flynn. Reluctantly, Alan goes along with Lora to go visit Flynn's Arcade to see if Flynn really did break in. Flynn admits he tried to hack in and tells them his story about his video games and how they were stolen by Dillinger.

Flynn believes that he had a direct terminal to the ENCOM mainframe, and therefore, he will be able to successfully hack in and get the evidence that Dillinger stole his games. Unfortunately, the MCP has made impossible to be able to retrieve the data; unless if another program that would be able to shut the MCP down was active. Realizing that he can gain access back to Tron by shutting down the MCP, Alan decides to help out Flynn by trespassing in ENCOM's offices and giving Flynn access to a terminal. While at Lora's terminal, Flynn is discovered by the MCP and is digitized by using Lora's digitizing laser. After being digitized and transported into cyberspace, Flynn meets Tron (who looks just like Alan) and helps him escape from the game grid, an area of the ENCOM mainframe where prisoners of the MCP are forced to play gladiator games. Tron finally communicates with Alan and receives Alan's code and instructions on how to destroy the MCP. Tron is successful in destroying the MCP and Flynn gets the incriminating evidence. Shortly after, Dillinger is fired and Flynn returns to ENCOM as CEO. Alan soon becomes COO of ENCOM.

He is now currently an Executive Consultant at ENCOM, working on Space Paranoids Online.

In 1982, Alan Bradley was a young computer programmer dating Lora Baines. Alan and Lora worked for ENCOM, a computer company. He wrote a security program called Tron, which was designed to monitor ENCOM's computer network from both external and internal threats. Tron was a threat to Ed Dillinger's Master Control Program (MCP). The MCP was an artificial intelligence which lacked any sort of ethical restrictions and was operating in secret to take absolute command over all ENCOM systems and software. It was brutally efficient and planned to expand out into other networks across the globe.

Alan Bradley assisted Kevin Flynn in trespassing on ENCOM property, so that Flynn could search for information to incriminate Ed Dillinger in stealing his game ideas. However, the MCP had control over Lora's digitizing laser and used it to force Flynn into the ENCOM computer system.

Alan takes a backseat afterwards, as all the action moves to the digital world. He helps out Flynn and Tron by providing them the code to destroy the MCP, before the final confrontation. In the final scenes, it was implied that Alan had been promoted, and Flynn was re-hired to a high-ranking position within ENCOM, possibly replacing Dillinger.

In Tron: Legacy, Alan Bradley is employed at ENCOM, but frustrated with the way it has been run since Kevin Flynn's disappearance in 1989. After receiving a page from Flynn's now-closed arcade, Alan visits Flynn's son Sam. Alan encourages Sam to become involved in ENCOM, but Sam scoffs. Alan tells him about the page and gives him the arcade keys. Alan tells Sam that his father never would have left him.

At the end of the movie, Sam Flynn, having learned the fate of his father, pages Alan himself. When Alan arrives Sam says he is taking back the company and makes Alan Chairman of the Shareholder's Board.

This content is considered non-canon within the continuity of the Tron franchise.

In Tron 2.0, Alan Bradley was widowed, his wife, Lora, having been killed in an unspecified accident that may have involved the digitizing technology. Alan and Lora had one child Jethro before Lora was killed.

A rival company, FCon, bought out ENCOM with plans to use the digitizing process to invade the computer world. The MCP of 20 years ago, held the secrets of the original process and with his destruction the algorithms were lost. Alan had been working to restore the process, finally, meeting success with the help of his new AI assistant program, Ma3a.

Alan was kidnapped by the main FCon antagonists, when he refused to hand over the correction algorithms to the digitizing process. Ma3a used the digitizing laser on Jet, since he would be much more able to help his father and stop FCon from inside. Once again, Alan took a back seat during most of the storyline, only contacting his son to provide pertinent information and move the plot line forward. Using the modem in an old arcade cabinet, Alan maintains contact with his son using the moniker of "GUEST".

Eventually, the FCon villains forcefully digitized Alan into a dangerous, virus-ridden computer for his meddling and lack of cooperation. Alan and Jet worked together from this point—father as the brains, and son as the brawn. Alan transported back into the real world at the conclusion of the game. 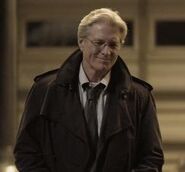 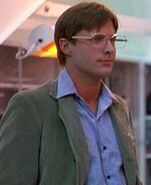