In 1999, Disney Television International was looking for a main female presenter for their then-planned British version of Playhouse Disney. Dave Benson Phillips was already chosen as the male presenter, who suggested Alex Lovell be his co-host on his behalf, as the two already shared chemistry as presenters on the Fun Song Factory TV series, which itself was Lovell's first television role.

In the end, Lovell was chosen to be the main female presenter of Playhouse Disney (known on the channel as Little Alex). This was a role she was happy to be involved with for over 8 years, until she and Dave were made redundant from the channel in August 2006, due to budget cuts and the removal of similar live-presentation roles happening on other children's channels in Britain at the time. Since then, she has had no further involvement with Disney or related subsidiaries.

She also presented alongside Dave during the 2001 and 2002 tours of the Playhouse Disney Live show, that took place in shopping centres around the United Kingdom. She was replaced with then-new presenter Olivia Bonnicci for the 2003 tour due to Lovell's busy work outside of Disney.

Other works she has done outside of Disney include performing as Whybird in the live tours of the BBC preschool series Playdays, being a presenter for the Channel 5 game show BrainTeaser, and presenting work for British shopping channels. Currently, she is one of the main newsreaders on BBC Points West, a role she has taken since 2005. 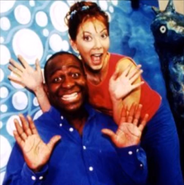 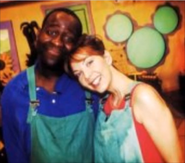 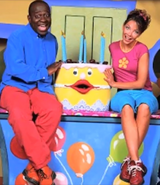 Dave and Alex with Victoria Sponge.

Alex and Dave with Bear during a Playhouse Disney Live Show.

Alex with Dave and Sara-Louise Harper after a 2002 Playhouse Disney Live Show. 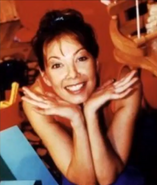 Alex with her hands on her head. 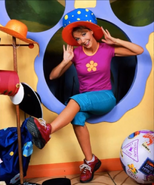 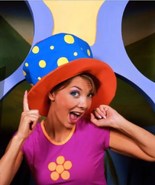 A close-up shot of Alex sitting on the window ledge. 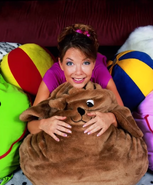 Alex with some bean bags. 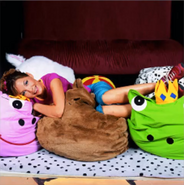 Alex lying on the bean bags.

Another picture of Alex with the bean bags.
Community content is available under CC-BY-SA unless otherwise noted.
Advertisement