Alice in Wonderland: A Visual Companion

Who doesn’t know the classic story of Alice and her adventures in Wonderland? Renowned director and producer Tim Burton (The Nightmare Before Christmas, Corpse Bride, James and the Giant Peach, Edward Scissorhands, Beetlejuice, Batman) has applied his signature stamp to this beloved tale, and will be sharing it with audiences in 2010! This splendid “Making Of” book will take readers behind Burton’s camera, revealing the secrets of performance-capture technology and the marriage of live-action and CGI filmmaking, and feature Burton’s singular style in a deluxe volume. Fans of Johnny Depp and Anne Hathaway will delight in reading about his performance as the Mad Hatter and hers as the White Queen—to name just two of the film’s star-studded cast. 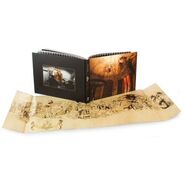 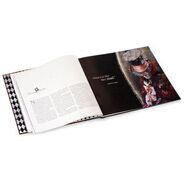 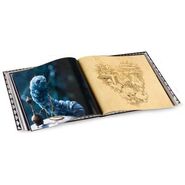 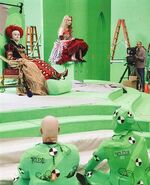 Retrieved from "https://disney.fandom.com/wiki/Alice_in_Wonderland:_A_Visual_Companion?oldid=4050643"
Community content is available under CC-BY-SA unless otherwise noted.