"An All New Adventure of Disney's Sport Goofy" is a 1987 Disney television special. It originally aired on NBC on May 27, 1987 and later rebroadcasted as an episode of The Magical World of Disney on January 1, 1989 and in Germany on May 21, 1999 as Goofy der Superchampion.

The special features the song "You Can Always Be Number One" from Mickey Mouse Splashdance.

Using a new opening and a recut of many older animation films linked together with Stan Freberg's narration, the story is told of how Goofy, after failure at many sports and jobs, finally finds success as a soccer star. 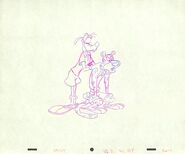 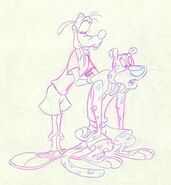 Add a photo to this gallery
Retrieved from "https://disney.fandom.com/wiki/An_All_New_Adventure_of_Disney%27s_Sport_Goofy?oldid=3744125"
Community content is available under CC-BY-SA unless otherwise noted.