View source
watch 01:14
Andi Mack - Trailer
Do you like this video?
Play Sound

Andi Mack is a live-action single-cam comedy-drama series that premiered on Disney Channel on April 7, 2017. It stars Peyton Elizabeth Lee as the titular character, as well as Sofia Wylie as Buffy Driscoll, Joshua Rush as Cyrus Goodman, and Asher Angel as Jonah Beck. The show follows Andi, her family, and her friends, navigating their personal relationships, both at home and in middle school.

The show was developed by Terri Minsky, creator of the famous Disney Channel series, Lizzie McGuire.

The show featured Disney Channel's first openly gay character in Cyrus, which drew attention to the highly praised show, and in some cases, controversy. The show ended on July 26, 2019. Throughout its run, it was the highest-rated television show among the demographic between the ages of six years and fourteen years old.

Bex has a secret to tell, which will change everything for young teenager Andi. 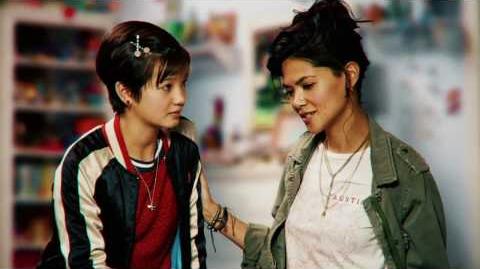 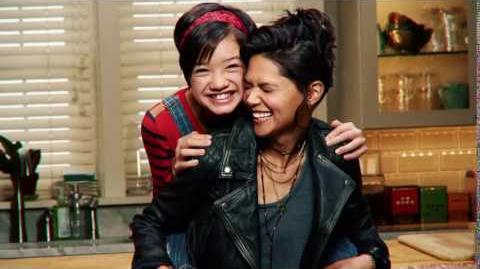