1995-present
Andrew Scott Rannells is an American actor, voice actor, comedian, and singer. He is well known for many roles, most notably Elijah Krantz on HBO's comedy series Girls.

For Disney, he voiced Morris in the Sofia the First episode "Beauty is the Beast". For the same show, he also voiced Skye in the "Mystic Isles" saga. He even voiced King Pepi in Vampirina and the Battle Tower Referee in Pokémon: Destiny Deoxys. 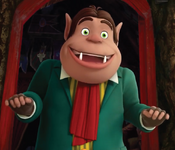 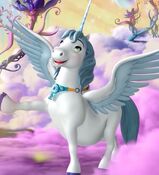 King Pepi
(Vampirina)
Add a photo to this gallery

Andrew Rannells speaks at The New Normal panel at the 2012 Winter TCA Tour.

Andrew Rannells performs onstage at YoungArts Awareness Day at 54 Below in New York City in September 2015.

Andrew Rannells and Don Cheadle speak at the Black Monday panel during the 2019 Winter TCA Tour.

Andrew Rannells attending the 73rd annual Tony Awards in June 2019.
Add a photo to this gallery
Retrieved from "https://disney.fandom.com/wiki/Andrew_Rannells?oldid=3968735"
Community content is available under CC-BY-SA unless otherwise noted.