Disney Wiki
Register
Don't have an account?
Sign In
Advertisement
in: People, American people, People from Michigan,
and 17 more

Paul Andrew "Andy" Richter is an American actor, comedian, screenwriter, and late night talk show announcer. He is best known for his role as the sidekick of Conan O'Brien in each of the host's programs: Late Night and The Tonight Show on NBC and Conan on TBS. He is also known for his work as the voice of Mort the mouse lemur in the Madagascar franchise, including the Nickelodeon TV series The Penguins of Madagascar.

His Disney roles include Kenny in the 1994 Touchstone Pictures film, Cabin Boy, Natoru in the English dub of The Cat Returns, Brother Theodore in the The Suite Life on Deck episode "The Silent Treatment", Jack and Rick Pendick in Big Trouble, the Disciplinarian in the Randy Cunningham: 9th Grade Ninja episode "Escape from Detention Island", Globby in Big Hero 6: The Series, and Mayor Hansock in Big City Greens. 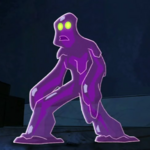