Disney Wiki
Register
Don't have an account?
Sign In
Advertisement
in: People, American people, Shake It Up,
and 19 more
English

Anna Kay Akana is an American actress, voice actress, filmmaker, comedian, entertainer, and producer. She shot to stardom by posting sketches and vlogs on YouTube. She has since appeared in a variety of shows, such as The Fosters, Stitchers, and Youth & Consequences, the latter of which she created and executive produced.

For Disney, Akana appeared as Tomoka in Shake It Up, Writer in Ant-Man, Gloria Sato in Big City Greens, Dakota in A Million Little Things, Lindsay in Home Economics and Sasha Waybright in Amphibia.

Tomoka
(Shake It Up) 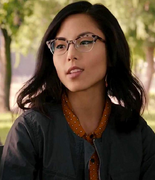 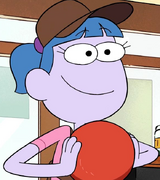 Anna Akana speaks at the Youth & Consequences panel at the 2018 Winter TCA Tour.
Português do Brasil
Community content is available under CC-BY-SA unless otherwise noted.
Advertisement