Traveling to places around the globe, spending time with her family

Aunt Nanner is an adventurous type with an insatiable zest for life. Aunt Nanner enjoys thrilling forms of transportation from motorboats to skydiving. PB&J often have fun trying to guess just how she will arrive in Lake Hoohaw. Aunt Nanner is the only family member of PB&J's seen on the program other than their parents, so she often spoils them. In the third season of the program, Aunt Nanner became friends with an otter named Redolfo, who shares her sense of adventure and fun. The two fell in love and decided to get married. Their wedding was seen in "Nanner Says "I Do."". 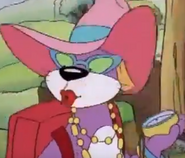 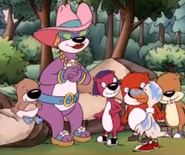