Big Golden Book
Anna and Elsa's Secret Playtime is an illustrated storybook based on the world and characters of Frozen, which was released on July 28, 2015 as an e-book and July 5, 2016 in hardcover format.

It's an important day in Arendelle: King Agnarr and Queen Iduna have just welcomed royal guests to their kingdom! If all goes well, Arendelle will have new trade partners—but can Anna and Elsa stay out of trouble long enough for their parents to impress the royal visitors? Join Anna and Elsa as they play in the castle, leaving a trail of icy magic behind them! 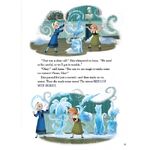 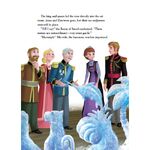 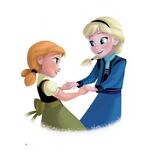 Retrieved from "https://disney.fandom.com/wiki/Anna_and_Elsa%27s_Secret_Playtime?oldid=3974350"
Community content is available under CC-BY-SA unless otherwise noted.