Her singing career began with the hit Oliver, inspired from the Disney Movie Oliver & Company. Her first solo album was released a few months later. In the meantime, her TV career took a step forward as she co-presented the "Disney Parade" French show, with famous French presenter Jean-Pierre Foucault.

From this moment on, her career bears the "Disney" seal: As the French Disney Ambassador, she made the front page of several "Disney" magazines, record stories on K7. She even performed the French version of several Disney animated series, like "Chip 'n Dale Rescue Rangers" (published in France under the title "Tic & Tac Rangers du Risque") and "Darkwing Duck" (published in France under the title "Myster Mask"). Anne is a polyvalent artist : perhaps that's why she also worked at the French radio station "RTL" where she appeared in two programmes : RTL en scène and Quoi de neuf chez Disney. She also appeared in the French version of the musical Annie playing Tessie, one of the orphans before taking on the title role Annie.

Meanwhile, three of the four first album's singles made it to the top ranks of the French Charts, and two years later saw Anne's consecration, as she's among the nominees for the 1991 prestigious "Victoire de la Musique – Album pour enfants de l'année" (Best Album for Children of the Year) for her first album. At the same time, her new LP, entitled "Demain c'est aujourd'hui" (Tomorrow is Today) was released. As full of hits as the first was, "Demain c'est aujourd'hui" contents several tracks entirely independent from the "Disney" movies and characters, like "1.2.3 Soleil" or "Mais qu'est-ce qui m'arrive ?". Anne also took part in a single designed to save a dying radio station for children "Superloustic".

1992 leads Anne back to the French famous stage of the Olympia where she performed live tracks taken from her two first albums... The same year, her third album is released. Christened Que fera la belle? (as a reference to the Disney Movie Beauty and the Beast) this album was definitely her best one, with 12 outstanding tracks, and rather few "Disney" songs. Once more nominee for the Victoire de la Musique (Best album for Children of the Year) for her second album. That year, almost like a normal teenager, Anne sits her "Baccalauréat", as she prepares her 1993 and last Disney album "Mon plus beau rêve" (My dearest dream).

At the end of her Disney engagement in 1994, Anne decided to leave the Disney Staff and tried to get a career of her own, with more personal songs and less Disney stuff. Rather rare today, most Anne's records from that time have become very valuable possessions, sometimes at ten times their original value. 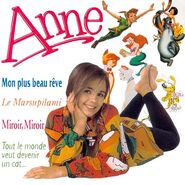 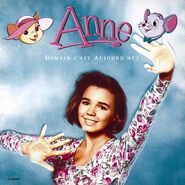 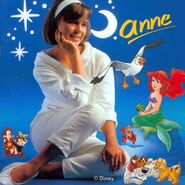 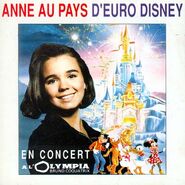 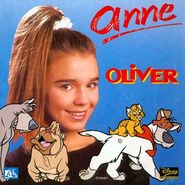 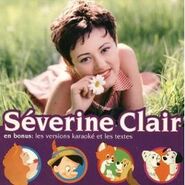 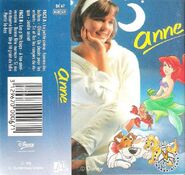 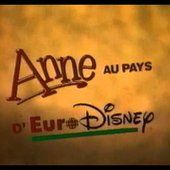 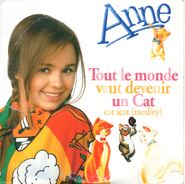 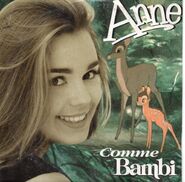 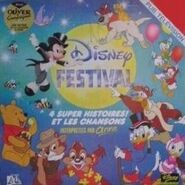 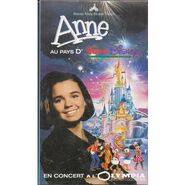 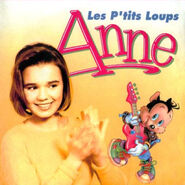 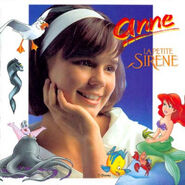 Add a photo to this gallery
Retrieved from "https://disney.fandom.com/wiki/Anne_Meson?oldid=4051125"
Community content is available under CC-BY-SA unless otherwise noted.