Ariel: The Little Mermaid is a video game that was developed by Blue Sky Software and released for the Sega Genesis in 1992.

Despite being named after the movie of the same title, the game's plot bears little resemblance. The story is that Ursula, the Sea Witch is plotting to take over Atlantica and is transforming its populace into polyps. Not only that, but she has also managed to kidnap a member of the royal family, (either Triton or Ariel depending on whom you play). It is up to Triton/Ariel to traverse many dangerous locations, defeat Ursula's minions, and free the ocean from her tyranny once and for all.

In a similar vein to Ecco the Dolphin (released on the same year), the player controls the action from a 2D perspective as Ariel or Triton. The player can maneuver the two in 8 directions thanks to their underwater environment. Both are equipped with a normal attack and a special attack for defeating enemies, and there are very few differences between the two gameplay styles. 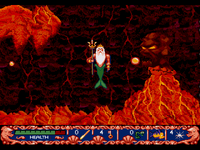 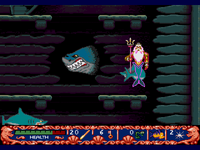 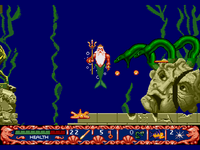 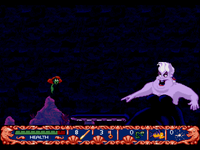 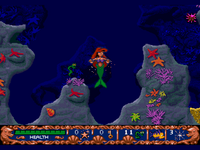 Ariel with a polyp in the Coral Reefs 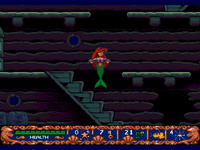 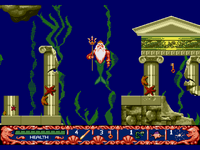 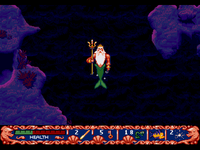 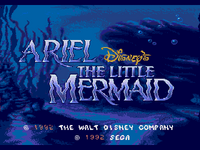 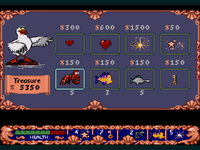 Scuttle's shop, supplying you with your daily Sebastians and Flounders. 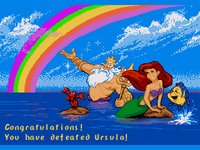 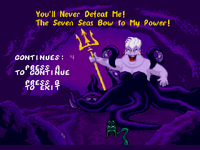 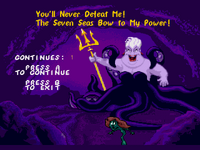 The back cover of the game