2012-present
August Maturo is an American child actor. He is currently best known for his role as Auggie Matthews in Girl Meets World.

Maturo started his acting career at the age of four when he was cast in the series regular role of 'Issac' in the one-hour CBS drama pilot Applebaum, starring Rachelle Lefevre and Rhys Coiro. The project was directed and produced by Christopher Columbus. He currently stars in Disney's Girl Meets World as series regular 'Auggie Matthews'. Other television credits include a guest starring role on Weeds, a recurring co-star role on How I Met Your Mother as well as co-starring roles on Dads, See Dad Run, Raising Hope, and Suburgatory and has appeared in numerous commercials. A child prodigy, August could read and write by the age of two. At his very young age August has shown amazing talent for both comedic and dramatic roles. He is sure to enjoy a long and prosperous career in the acting business. In his spare time, he enjoys playing the piano, little league, as well as singing and dancing. He has a little brother named Ocean. 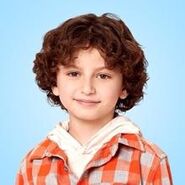 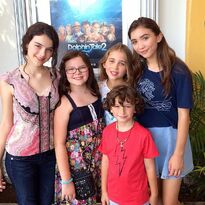 August Maturo attending the 2017 Nickelodeon Kids' Choice Awards.
Add a photo to this gallery
Retrieved from "https://disney.fandom.com/wiki/August_Maturo?oldid=3724446"
Community content is available under CC-BY-SA unless otherwise noted.