A Bug's Land and portions of Hollywood Land

While heavily drawing from the Marvel Cinematic Universe in terms of characters, casting and aesthetics, Marvel has declared these lands and other Marvel attractions as being set in a separate parallel continuity which they refer to as the Marvel Theme Park Universe,[5] with a later statement clarifying the Theme Park Universe as branching off from the MCU before the events of Infinity War and Endgame as a world where "The Blip" never happened.[6] While the proposed lands are often colloquially referred to as "Marvel Land", Marvel's existing contractual obligations to Universal Studios prevent Disney from using the name "Marvel" in any of its marketing. Disney instead carefully uses the generic "Super Hero" branding to refer to any Marvel-themed attractions in markets where Universal operates a competing park. Hong Kong Disneyland, for example, is an exception to this, with no competing Universal park in Hong Kong or China. As such, its existing Marvel attractions already use Marvel branding with no issue, and nor does Paris have such conflict with Comcast.

While all three lands are unique, they all share a backstory, as told in a Disney Parks Blog post:[7]

There was an idea. To bring together a group of remarkable people, to see if they could become something more. It was called the Avengers Initiative.

That original idea has now evolved into a brand-new global Avengers Initiative. One that brings us—the next generation of remarkable people—together. To find our power and become something more. To see if we can work alongside the Avengers so we may all become stronger together.

The Stark Expo in Hong Kong was to be a first step: A world exposition whose theme of ‘A Better Tomorrow Today,' was meant to inspire and motivate through technological innovation. However, shortly after it opened, the Expo was attacked by the forces of Hydra. When even more powerful forces threatened the entire planet, the Avengers realized that the Earth needs more heroes.

So today, to better defend the planet, the Avengers are setting up new Headquarters and technology sharing exchanges around the globe to empower and inspire all potential recruits willing to step up and become heroes.

In California and Paris, Tony Stark is retrofitting two of his father's Stark Industries sites into new hubs for training and innovation. Through partnerships with S.H.I.E.L.D., Pym Technologies, Masters of the Mystic Arts and the new Worldwide Engineering Brigade, The Avengers and their allies will forge new global campuses to champion the next generation of heroes. Who's ready to answer the call? 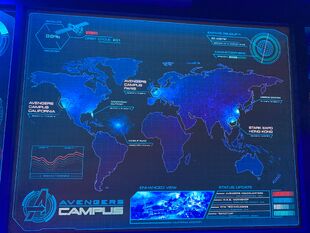 Map of "Avengers Campus: Around the World" at Disney Parks 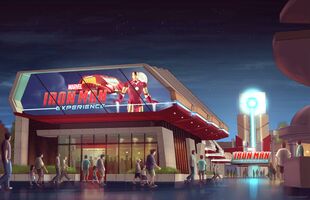 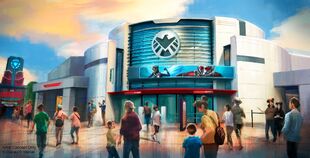 Ant-Man and the Wasp: Nano Battle! 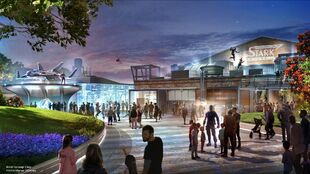 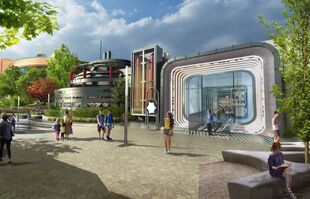 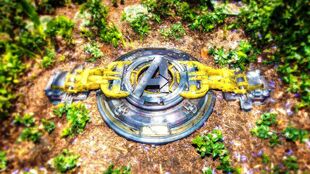 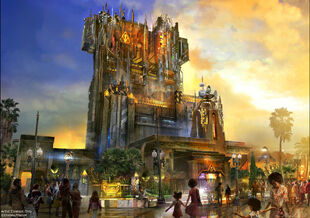 Guardians of the Galaxy: Mission BREAKOUT!