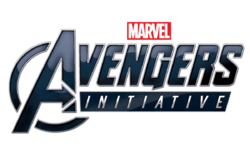 The Avengers Initiative is a mobile game app by Disney Interactive in conjunction with Marvel.

Level up, gear up, and fight as Hulk in the first adventure of an episodic series built exclusively for touch screen devices. Track down and defeat some of the world’s most notorious villains and help The Avengers pull the world back from the brink of catastrophe. Aboard the S.H.I.E.L.D. Helicarrier, Nick Fury recruits a reluctant Hulk to round up all the monsters he can while S.H.I.E.L.D. can assemble the rest of The Avengers to figure out who opened the doors to The Vault—and why.

Retrieved from "https://disney.fandom.com/wiki/Avengers_Initiative_(Mobile_App)?oldid=3965183"
Community content is available under CC-BY-SA unless otherwise noted.