Bradley Darryl "BD" Wong is an Chinese-American actor and voice actor. Among other things, he is well known for his role as Dr. Henry Wu in the Jurassic Park franchise.

For Disney, he voiced Li Shang in Disney's 1998 animated feature film Mulan and reprised his role in its direct-to-video sequel and Kingdom Hearts II. He is well-known for his portrayal of Special Agent George Huang, M.D. in Law & Order: Special Victims Unit and Dr. Henry Wu in the first, fourth, and fifth Jurassic Park films, as well as his portrayal of Song Liling in the original stage play of M. Butterfly. He also played Howard Weinstein in Father of the Bride and its sequel, Dr. Wong in The Ref, and voiced Agent Will Du in Kim Possible. He even voices Toad Liu Hai in DuckTales, and will reprise the role for the DuckTales World Showcase Adventure. 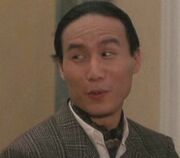 Howard Weinstein
Father of the Bride and its sequel 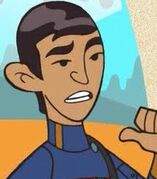 BD Wong speaks at the Something's Killing Me panel at the 2019 Winter TCA Tour.
Add a photo to this gallery

Retrieved from "https://disney.fandom.com/wiki/BD_Wong?oldid=4094133"
Community content is available under CC-BY-SA unless otherwise noted.