Ballerina is a 1966 telefilm produced by Walt Disney Productions. It was originally broadcast on NBC on February 27, and March 6, 1966. It was later released theatrically overseas during the same year by Metro Goldwyn Mayer on April 27, 1966 in Japan; May 12, 1966 in Denmark; December 16, 1966 in the UK; and October 23, 1967 in Sweden. The telefilm was directed by Norman Campbell.

Mette Sørenson is a student of the Royal Danish Ballet and dreams of becoming a ballerina. Unfortunately, her mother wishes she would live her life as an ordinary girl. 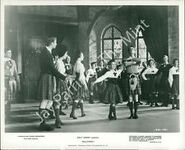 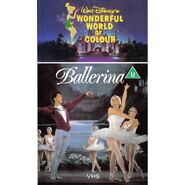 Add a photo to this gallery
Retrieved from "https://disney.fandom.com/wiki/Ballerina_(Walt_Disney%27s_Wonderful_World_of_Color_episode)?oldid=3744078"
Community content is available under CC-BY-SA unless otherwise noted.