A castle somewhere in Ireland

Not getting enough gold, fake coins

Transforming into a banshee, sonic sounds
Druella O'Midas, also known as the Queen of the Banshees, is the primary antagonist of the Rescue Rangers episode, "The Last Leprechaun".

Druella is a banshee, a malevolent spirit, who lived in Ireland. She enslaved leprechauns and forced them to mine gold. 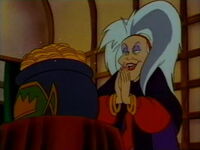 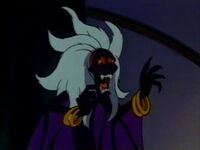 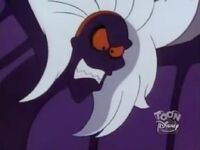 Druella in her Banshee form 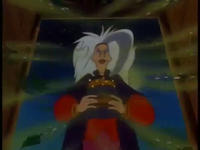 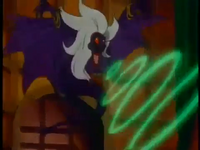 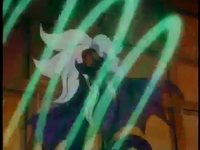 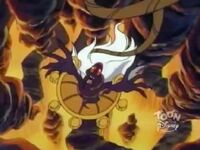