Banthas are sturdy and easily domesticated beasts of burden that are found all over the galaxy, especially Tatooine. Banthas are also considered part of Tusken culture, and often used them as mounts. At maturity, a Tusken raider would bond with a bantha, giving it a life-long partner.

Stuffed Bantha's are the Star Wars galaxy equivalent of the Teddy bear, with many children in the galaxy owning one. 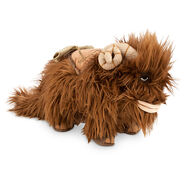 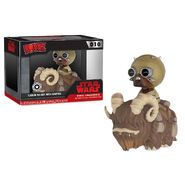 Retrieved from "https://disney.fandom.com/wiki/Bantha?oldid=4239833"
Community content is available under CC-BY-SA unless otherwise noted.