1974-present
Barbara Dirickson is an American actress and voice actress.

For Disney, she voiced Flora and Queen Leah since 2005 and 2007, respectively. She also voiced Queen Cecily in Sofia the First and Dottie in 102 Dalmatians: Puppies to the Rescue. In 2020, she took over the role of the Fairy Godmother, beginning with Kingdom Hearts III Re:Mind.

Beginning her career in the 1970s, she appeared in television shows, like Great Performances, Lou Grant, Northern Exposure, and The Fugitive. She also provided her voice to video games, like The Operative: No One Lives Forever and films, like Kung Fu Panda 3.

Dottie
(102 Dalmatians: Puppies to the Rescue) 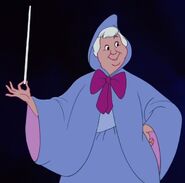 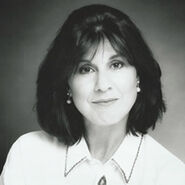 Barbara Dirickson as a young woman.
Community content is available under CC-BY-SA unless otherwise noted.
Advertisement