Martina (goat)
Chickens
Barney Pudowski (pronounced: "PUH-DOW-SKEE") is the protagonist of 20th Century Studios and Locksmith Animation's 2021 computer-animated film, Ron's Gone Wrong. He is a Bulgarian-American anti-social middle schooler, who receives a robot companion for his birthday that he soon names Ron, only to find out that Ron constantly malfunctions, and Barney does everything in his power to get him fixed. Barney eventually learns that his faulty friend might just be what he needs to rebuild old bridges.

He is voiced by Jack Dylan Grazer, who also voiced Alberto Scorfano in Luca.

Barney lives in Nonsuch with his father Graham and his grandmother Donka. Ever since he received a B-Bot named Ron as a late birthday present, Ron began glitching, much to Barney's worry about Ron himself glitching. Despite the glitch he has in his system, Ron is able to understand Barney, but can only recognize words that begin with the letter "A" so Ron frequently calls him "Absalom". During his life with Ron, Barney teaches Ron to observe his interests (also including his likes and dislikes) throughout his life throughout his friendship with his glitchy B-Bot.

Later throughout the film after Ron saves Barney's life in the woods and Barney is taken to a hospital where he recovers well, B-Bot founder Marc Weidell enters Barney's room and finds out that Ron has been partially fixed and when Marc takes Barney to the Bubble company (not the store but the HQ), Barney takes Ron to the cloud storage area, and it is then revealed that the reason why Ron was glitching is that Ron didn't have Marc's algorithm at first, so Barney finds Ron's original hard drive and inserts on Ron so that everything seen on the B-Bots' data during the B-Bot incident is suddenly overwritten and deleted, replacing them with Ron's memory just as Barney shares his final moments with Ron before leaving.

Barney is a slender 11-year-old boy with fair skin, brown hair, and amber eyes. He wears a green t-shirt over a long-sleeved gray shirt, blue jeans, and black sneakers.

In the town of Nonsuch, Barney Pudowski is the only middle schooler who does not own a B-bot. His former childhood friends, Savannah Meades, Rich Belcher, Noah, and Ava have all become absorbed by their individual B-bots. Barney's father Graham, who sells novelties online, and his grandmother Donka come to realize that he does not have any friends and empathize when Rich plays a cruel prank on Barney. They hastily go to a Bubble store, but it's closed. Fortunately, a delivery driver had been holding onto a slightly damaged B-bot that had fallen out of his truck and sells it to them.

Barney gets the B-bot as a late birthday present, but upon activating it, quickly learns that it's defective and glitchy. Not wanting to upset his father, he decides to take it back to the Bubble store to get fixed. He ends up running into Rich and his friends, who taunt and try to humiliate him. The B-bot begins to fight back, as his safety functions have been turned off, and he and Barney laugh together and run. However, Rich called the police and they along with Graham and Donka are taken to the Bubble store so that the B-bot can be crushed. Not wanting to see him go, Barney secretly rescues him and names him Ron, a shortened version of his model number.

When Barney and Ron's actions are reported, Marc is happy to see Ron go against his programming, while his COO Andrew Morris views it as bad publicity, believing Ron must have been destroyed for the issue to be resolved. Barney teaches Ron how to be a good friend and, while hanging out, runs into Savannah, who tells Ron that he needs to help Barney get friends. Despite Barney telling Savannah not to, she posts Ron's actions online, alerting Bubble. The next day, Ron gets out of the house and tries to get "friends" for Barney, bringing a series of random people to school. As Barney gets in trouble, Rich discovers Ron's unlocked function and downloads it, causing all the other B-bots to have their safety features and parental controls turned off. The B-bots run wild and, in the end, after the B-Bots have a patch update, Savannah is publicly humiliated.

Barney is suspended from school and tells Ron off, but upon returning home, realizes that Ron was truly being a friend and decides to run away with him when Bubble employees come for him. They briefly run into Savannah, still upset over her incident, and tell her that he is hiding in the woods. Meanwhile, while Andrew warns Marc about the ramifications of the B-bot, Marc sneaks away so that he can meet Ron while Bubble uses their resources to take control of all the B-bots to go looking for Ron and Barney after the duo are initially elated in the woods, but wind up getting lost and spending a scary, uncomfortable night there. But due to the cold weather and Barney's asthma, he becomes weak and Ron brings him back to civilization just outside the school where Savannah, Rich, Noah, and Ava rush out to help him. He is then later taken to the hospital where Marc then fixes Ron. Then they all go to the Bubble HQ where Barney can upload Ron's code to all the B-bots. After that, Barney reunites with all his childhood friends. 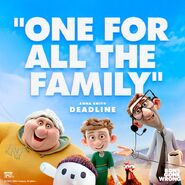 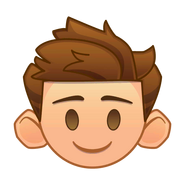 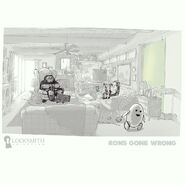