Monkey Kingdom
Bears (also known as Grizzly in France) is a nature documentary film about a family of grizzly bears living in the coastal mountainous ranges of Alaska. Directed by Alastair Fothergill and Keith Scholey and narrated by John C. Reilly, Bears was released theatrically by Disneynature on April 18, 2014.

A brown bear mother named Sky gives birth to two cubs named Amber and Scout in her den on a mountain slope. When April comes the bears will be ready to leave the den. As the bears leave the oncoming summer brings with it a threat of avalanches. Fortunately the bears are able avoid disaster. Upon reaching the lush valley below, the cubs meet the other bears, some of which pose a threat to the cubs; among these bears are Magnus, a big healthy male and Chinook, an older male. The family works together to survive the spring, with Sky keeping the cubs safe from Tikaani, a pesky grey wolf. The cubs get to know how to defend themselves in encounters with Tikaani. Also the family must stay clear of the frequent dominance fights between Magnus and Chinook (with Magnus winning most of the fights).

As the spring wears on, the cubs learn about how to catch food. Sky leads the cubs to the mudflats to dig up clams hiding under the mud. The family has a good time until the tide turns. In the chaos, Scout gets stranded on the sandbar. Unable to do much, Sky can only look on as the cub tries to free himself. He finally comes to his senses and swims over to sky. The family heads to higher ground, where, after another encounter with Tikaani, Chinook attacks again. As Sky fights of the male bear, Amber and Scout hide in a nearby log. After Chinook is driven away, Amber reappears from the log, but Scout is nowhere to be seen. Sky looks for him all day, but he is nowhere to be seen. Eventually, just as Sky and Amber are about to give up searching, Scout comes right back out of the log - he'd been hiding there the whole time.

When summer comes, so does the annual salmon run. Dozens of bears gather along salmon streams on the coast to get the best of the run before it ends. This also leads to an increase in fight between Magnus and Chinook. Sky, meanwhile, is looking for a different place to find food. She and her cubs leave Katmai National Park and head north to Lake Clark National Park, where a pool filled with salmon supposedly awaits. When the bears arrive, however, they find that the salmon are not there yet. They wait and wait, but the situation gets worse by the hour. When it seems that their journey was for nothing, the salmon arrive. After the family fill themselves on the riches of the feast, they head back to Katmai as winter approaches. When the first snow arrives, all the bears head back up the mountains to their dens to sleep out the harsh cold winter. The cubs have learned a lot from their first year which will greatly help them for the rest of their lives.

The central grizzly bear family were filmed at Katmai National Park in Alaska. 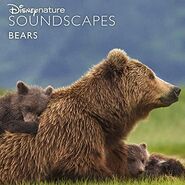 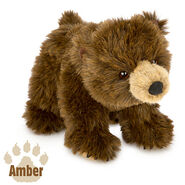 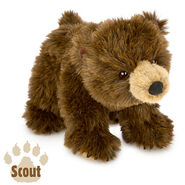 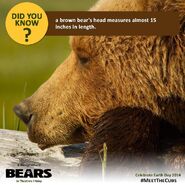 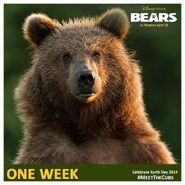