Disney Wiki
Register
Don't have an account?
Sign In
Advertisement
in: Video games, Mobile apps, Beauty and the Beast,
and 3 more

Beauty and the Beast: Perfect Match

Beauty and the Beast: Perfect Match

The gameplay utilizes a format similar to the ones used in other match-3 Disney-inspired games, such as Maleficent Free Fall and Frozen Free Fall. Players help Belle and Lumiere decorate the Beast's Castle with coins. Coins can be earned from playing match-3 games. The more the player makes better matches, the more power-ups he/she will make. Once the player places enough decorations in the Castle depending on the scene, each scene will garner the player stars which are required to unlock different scenes.

Boosts are occasionally available to purchase using in-game currencies in case gameplay becomes difficult. The player can buy boosts for coins or extra currencies for real-world money at the Shop. 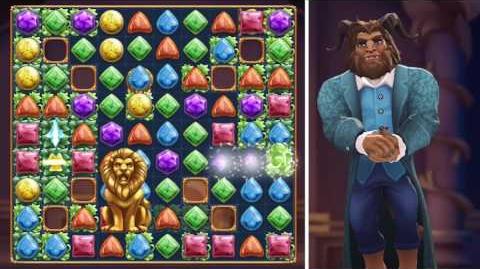