Beauty and the Beast Comic Adaptation, also known as Beauty and the Beast: A Tale of Enchantment, was a 48-page comic adaptation of the film released shortly after the film was released. It was released in a standalone format in 1991 and later released as part of a collector's pack alongside both issues of Disney Comics' New Adventures of Disney's Beauty and the Beast. It was later reprinted as the 14th issue of of the Cartoon Tales line and again in Disney Princess Comics Treasury. The comic has also been released in a digital format by Comixology. The digital release features a number of changes in coloring and features a brighter, crisper look in general.

The storyline is essentially that of Beauty and the Beast except abridged to fit the comic format. Many small details are changed to fit the 48 pages.

Minor changes from the movie

Page 4
Add a photo to this gallery 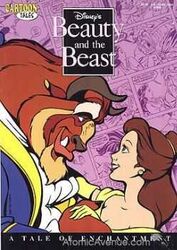 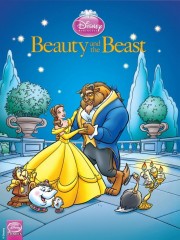 Comixology digital release cover
Add a photo to this gallery

Retrieved from "https://disney.fandom.com/wiki/Beauty_and_the_Beast_Official_Comic_Adaptation?oldid=4003057"
Community content is available under CC-BY-SA unless otherwise noted.