The Pig People from episode 42 of the Twilight Zone (artwork)

Bellhops at the Hollywood Tower Hotel

Inflicting fear in others

The misery of others

The Bellhops are Disney Parks characters who serve as the poster-characters for The Twilight Zone Tower of Terror and are probably the most recognizable figures from said franchise.

The bellhops are the employees of the Hollywood Tower Hotel of Sunset Boulevard. Despite the hotel having been effectively shut down in 1939 due to the accident on Halloween night which claimed the lives of five people, the bellhops appear to have never left the hotel grounds. In this accident, one particular bellhop named Dewey Todd was amongst those spirited away in the elevator accident.

On July 4th fo 1994, the Hollywood Tower Hotel was reopened albeit left in decay and seemingly frozen in time. During this time the hotel seemed to be operated almost exclusively by the bellhops who looked undead and showed ambivalence to the lives and wellbeing of guests. According to the real-world manuals for cast-members, these bellhops were those on duty during the accident of 1939 and that they understand the nature of the haunted hotel perfectly well. This is contrasted by most other employees and affiliations of the hotel who maintain ignorance to the hotel's dark nature.

The bellhops also adopted a strong motive to have guests of the hotel enter the maintenance elevator of the hotel, one which directly entered the 5th dimension which spirited away the five victims of 1939. Their motives and affiliations regarding this are a mystery but their agenda appears to be a dark one.

The bellhops are the personas taken upon by the cast-members who operate The Twilight Zone Tower of Terror. Said cast-members are given pasty makeup to have pale and sunken features as well as clothing which appears old. Cast-member manuals state that the bellhops are malevolent and frozen in time from the 1930s. Instructed characterization choices include them using older, more formal English, not referencing real life events which followed 1939, and to act as if they are in slow-motion.

While the cast-member training manual instructs the bellhops to hold deranged and off-putting smiles ("a Cheshire cat form of friendliness") the bellhops are probably better known for being dreary, unflinching and grim. Older promotional material has a tendency to portray them with the off-putting smiles but later paraphernalia and promotional-content altered this to the better known stoic behaviour.

The bellhops are found throughout the queue, library, boiler room and load-area of the Twilight Zone Tower of Terror. They act similarly to most Disney Parks cast-members, albeit acting completely within characters created for the ride's opening; almost functioning as performers in and of themselves. They invite guests to the Hotel, lead them through the halls and set up their elevator rides to the 5th dimension.

While not appearing within this attraction which succeeded California Adventure's Tower of Terror, the bellhops are referenced in the queue. Within the office of the Collector in his fortress, the hat of a bellhop is seen being kept behind bars within his personal office collection.

The Tower of Terror (film)

While the more malevolent bellhops do not appear in this film, Dewey Todd is a prominent character. He is also given a much deeper connection to being a bellhop as being part of the family which owned the hotel and was a bellhop as a means of being groomed to inherit the business and property.

The bellhops appear in a large number of promotional films for the Tower of Terror. Of ones to note: 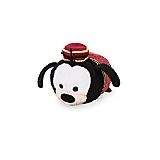 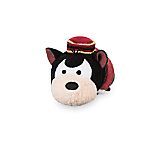 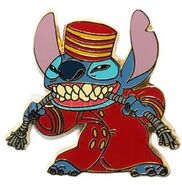 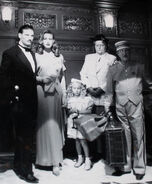