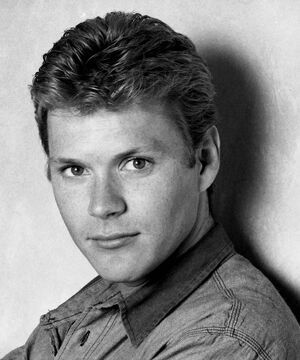 Taylor was born in Hampstead, London, the eldest of 6 children, to father, Richard, a documentary film maker and Allegra, a writer. Taylor lived in Nigeria until 1965 and then was brought up in London.

Now based near Hampton Court in West London, Taylor is married to Kate, an editor. They have 3 children; Jay, Freya, and Kalila.

Taylor started working as a child actor in 1969 with the Royal Shakespeare Company. He concentrated solely on acting and voice-overs until 1985. He has since expanded his creative interests to include event production, music, musical production, DJ work, and documentary film making.

He starred in Star Wars Episode I: The Phantom Menace as a fighter pilot and played Mike Fleming in The Watcher in the Woods and Sir Richard in Black Arrow.

Retrieved from "https://disney.fandom.com/wiki/Benedict_Taylor?oldid=3694559"
Community content is available under CC-BY-SA unless otherwise noted.