Big Hero 6: Bot Fight was a short-lived mobile game that was released on November 3, 2014. It was developed by mobile developer Gumi and published by Disney Interactive.[1] It was discontinued on February 3, 2016.

The events of the game take place a year after the movie.[2]

The game, which took only six months to develop, was done by Singapore-based developer Gumi. Well-known for their mobile-based RPG Brave Frontier, Gumi incorporated some of the elements from Frontier into Bot Fight. Gumi currently has a co-development agreement with Disney, in which Gumi and Disney Interactive will own the distribution rights for the game in Asia and internationally, respectively. 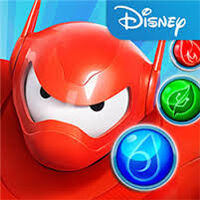 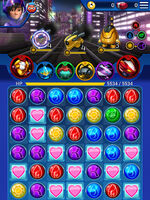 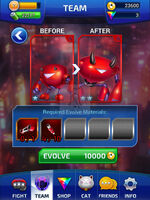 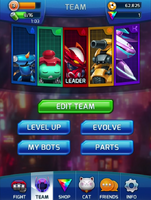