Big Hero 6: The Series is an animated series produced by Disney Television Animation. It was created by Kim Possible creators Mark McCorkle and Bob Schooley along with Nick Filippi. It premiered on June 9, 2018, on Disney Channel, while the pilot made its debut on November 20, 2017. The series takes place after the events of the film Big Hero 6. It utilizes traditional 2D animation, rather than the 3D computer-animation from the film.

The series continues the adventures of 14-year-old tech genius Hiro and his robot pal Baymax. Joining the pair on their journey is control freak Wasabi, scientist Honey Lemon, fanboy Fred, and no-nonsense Go Go Tomago, whom together form the Big Hero 6 superhero team. As the new prodigy at San Fransokyo Institute of Technology, Hiro faces daunting academic challenges, not to mention the social trials of being the little man on campus. The stakes are also raised for the high-tech heroes when they must protect their city from an array of scientifically enhanced villains.

Season Two finds Hiro and the Big Hero 6 team in upgraded super suits as they take on a variety of innovative villains, bioengineered monsters and high-tech robots.[1]

Development and premiere on the series were first announced in March 2016, taking place immediately after the events of the film. The show was created by Mark McCorkle and Bob Schooley, the creators of Kim Possible.

In March 2016, it was revealed that Jamie Chung reprises her role as Go Go, and that following November, it was revealed that most of the cast members from the film would reprise their roles, including Ryan Potter, Génesis Rodríguez, Scott Adsit, Alan Tudyk, and Maya Rudolph. Khary Payton replaced Damon Wayans Jr. as Wasabi and Brooks Wheelan replaced T.J. Miller as Fred.

After the pilot premiered on November 20, 2017, it was leaked that the series would make its US premiere on March 15, 2018, but this was confirmed unofficially by Bob Schooley. There show premiered early in the United Kingdom on March 1, 2018.

The Disney Wiki has a collection of images and media related to Big Hero 6: The Series. 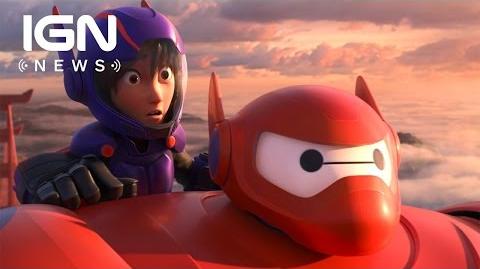 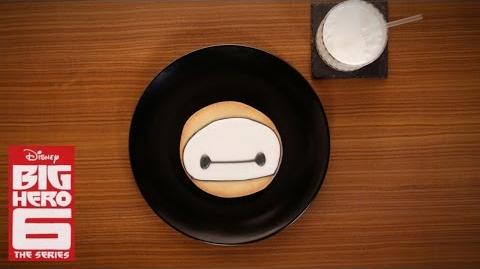 Big Hero 6 The Series - Cast Does The Fist Bump 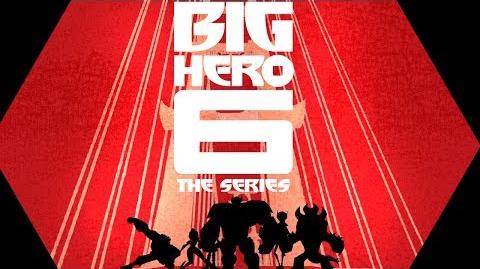 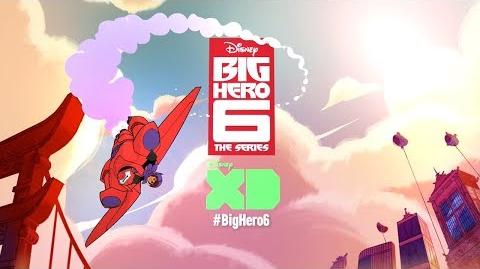 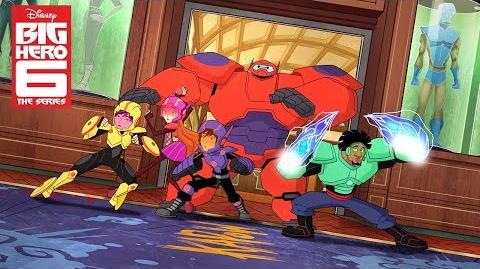 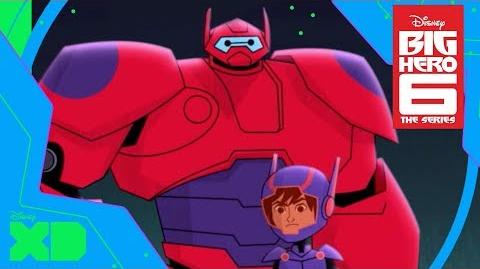 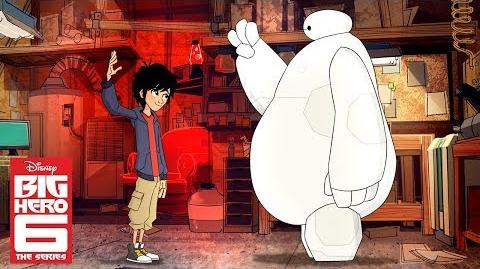 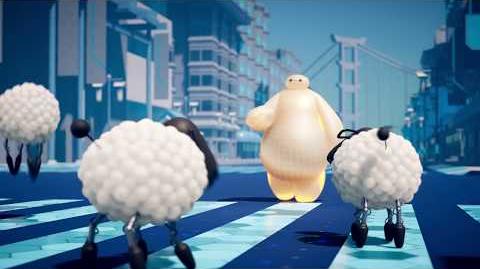 Start a Discussion Discussions about Big Hero 6: The Series