Cristina Campbell
William Paul "Bill" Barretta is an American actor, voice actor, puppeteer, producer, and director who has been performing with the Muppets and The Jim Henson Company since 1991.

His first big break came when he performed the body of Earl Sinclair in Dinosaurs.

Barretta soon rose in the ranks to become one of the leading Muppet performers, performing characters, such as Clueless Morgan, Pepe the King Prawn, Johnny Fiama, Bobo the Bear, and Big Mean Carl, as well as bringing life back to Jim Henson's roles of Dr. Teeth, Mahna Mahna, Rowlf the Dog, and The Swedish Chef.

He also did Jackie the Jackal, Oaks, and other additional voices for the Disney Channel animated series Kim Possible, and can be heard in singing "Jingle, Jang, and Jive" in Prep & Landing. 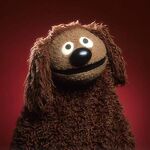 Rowlf the Dog
(The Muppets franchise)

The Swedish Chef
(The Muppets franchise)

Bobo the Bear
(The Muppets franchise)