William Robert "Bill" Farmer is an American voice actor, comedian, and impressionist. He is best known for being the current voice of Goofy since 1987.

He has also been the current voice of Pluto, Horace Horsecollar, Practical Pig, and Sleepy since 1988, 1990, and 1994, respectively.

In addition to Goofy, Pluto, Horace Horsecollar, and Practical Pig, he also voiced the Sheriff of Nottingham in House of Mouse, Mr. Bigby and Mayor McBeagle in Mickey Mouse Mixed-Up Adventures, Doc and Sir Yipsalot in The 7D, Pacha in The Emperor's New Groove video game, Janitor Jay in Higglytown Heroes, Ghostly Bob in Jake and the Never Land Pirates, Hop Pop in Amphibia, Larry Moss in Vampirina, Ant #3 in A Bug's Life, one of the Weasel members in The Prince and the Pauper and provided some additional character voices in Beauty and the Beast, Porco Rosso, Toy Story, The Hunchback of Notre Dame, Hercules, Beauty and the Beast: The Enchanted Christmas, Pocahontas II: Journey to a New World, Toy Story 2, Monsters, Inc., Brother Bear, Home on the Range, Cars, Monsters University, and Phineas and Ferb the Movie: Candace Against the Universe.

Bill is currently the on-camera host of the Disney+ original series It's a Dog's Life with Bill Farmer. 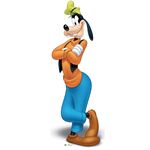 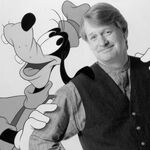