Black Widow is an upcoming Marvel movie based on the Marvel Comics character of the same name. It will be the 24th film in the MCU, the first film in Phase 4 and the first installment not to be part of the "Infinity Saga" which concluded with Spider-Man: Far From Home. Chronologically, the film takes place shortly after the events of Captain America: Civil War, and prior to Avengers: Infinity War.

Following the events of Captain America: Civil War (2016),[4] Natasha Romanoff finds herself alone and forced to confront her past.[5] 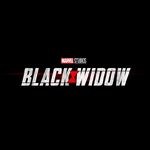 Retrieved from "https://disney.fandom.com/wiki/Black_Widow_(film)?oldid=3903061"
Community content is available under CC-BY-SA unless otherwise noted.