$21,540,050
Blackbeard's Ghost is a live-action Disney comedy film that was released on February 8, 1968. Peter Ustinov stars as the title character, along with Dean Jones and Suzanne Pleshette. It was one of the last films personally produced by Walt Disney.

Steve Walker (Dean Jones) arrives in the seacoast town of Godolphin, North Carolina, to take the position of track coach at the local college. The night of his arrival coincides with a charity bazaar at Blackbeard's Inn, a hotel run by the elderly female descendants of the pirate's crew, where Steve will be boarding. The owners are attempting to pay off their mortgage in order to keep the inn from being bought by the local crime boss, Silky Seymour (Joby Baker), who wants to build a casino on the land. In quick succession, Steve discovers his track team's shortcomings, runs afoul of the dean of Godolphin College, its football coach, and Silky, but he also makes the acquaintance of an attractive Godolphin professor, Jo Anne Baker (Suzanne Pleshette), who is anxious to help the elderly ladies save the Inn. A bidding war with the football coach at the charity auction nets Steve an antique bed warmer, once owned by Blackbeard's wife (who is the spitting image of Jo Anne, and was a witch). Inside this bed warmer is hidden a book of magic spells, that had once been the property of Blackbeard's wife. Steve recites one as a lark, unintentionally conjuring up the ghost of Blackbeard (Peter Ustinov), who appears as a socially-inappropriate drunkard whose wife cursed him to an existence in limbo unless he can perform a good deed.

They are bound to one another by the power of the spell and only the very reluctant Steve can see or hear the ghost. As a result, Steve must deal with the antics of the wayward pirate, while attempting to revive Godolphin's track team; and form a relationship with Jo Anne. Things are complicated when the pirate steals one of the Inn's mortgage payments and bets it on Steve's track team. Blackbeard's intention is to use his ghostly powers to help Godolphin win the Broxton Relay track meet, and thereby pay the mortgage in full. Though Steve (who is an overly scrupulously honest man) is at first outraged over the pirate's interference during the meet, he eventually decides the greater good is to win the money for the sake of the Inn, and help the old ladies whom he also has grown fond of. In the end, the team wins and since Jo Anne and Silky made a bet, he has to pay up. Even though the team won the games and the inn would be saved, Walker decides to just leave, despite Blackbeard and Jo Anne's protest. Walker soon finds out that Silky didn't pay up and instead is going to keep the money and throw everyone out tomorrow. He decides to go to Seymour himself and get the money, however Seymour still won't budge, but realizing that they can get more money by playing a game, they win especially after a "shocking" turn of events. He accepts Blackbeard's help in shaking down Silky and his thugs, after he refuses to pay out the winnings from the bet. Finally, with the mortgage paid, Blackbeard has performed his good deed and is released from the curse. He departs to join his ghostly crew, leaving Steve and Jo Anne to pursue their future happily together. 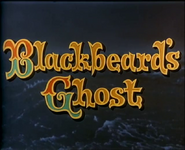 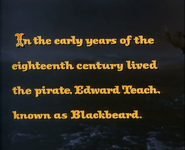 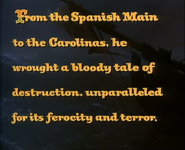 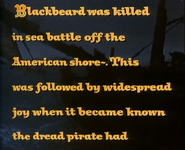 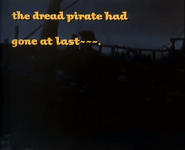 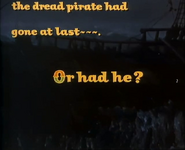