For Disney, he replaced the late Jim Varney as the voice of Slinky Dog in Disney/Pixar's Toy Story 3 and has become the official and current voice of the character since 2010. He also portrayed a biker in Bedtime Stories and Turner in 24 episodes of ABC's Home Improvement. In addition, he had a recurring role in Boy Meets World from seasons 2 to 7 as Chet Hunter. He also played Farmer Fran in The Waterboy, a Football Coach in The Ladykillers and Uncle Mel in Good Luck Charlie. 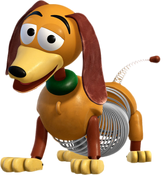 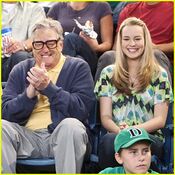 Clark behind the scenes of Toy Story 3

Clark with Buzz Lightyear and Jessie at the premiere of Toy Story 4 in June 2019
Community content is available under CC-BY-SA unless otherwise noted.
Advertisement