Her family, greeting Ian when he comes home, licking her owners

Getting sprayed by Laurel, being called a Bad Dragon

Active
Blazey is a character from the 2020 Disney/Pixar animated feature film, Onward. She is the pet dragon of the Lightfoot family.

Blazey is kind, gentle, friendly, and playful. She loves to greet her owners, especially Ian whenever he wakes up in the morning or comes home. Blazey shows affection to her owners by pouncing on them and licking them nonstop.

Blazey is introduced as the Lightfoot family's pet dragon. She is first seen tackling with Ian while his mother Laurel Lightfoot notices this, using a repellent to shoo her away. She then appears playing around Barley and Laurel playing with each other while Blazey licks Barley while Laurel tells Barley to take out the trash. She later follows her owner alongside Barley during Ian's sixteenth birthday and later hears Barley preparing to use the spell to which she retreats to which the pose Barley did was not successful as she watches Barley doing many unsuccessful poses alongside Ian and Laurel. Blazey then enters the room to know what is happening just as she retreats. Later when Laurel returns with Ian's birthday cake and asks Ian (who is gone with Barley) if he wants any, Blazey then sniffs out the two Quests of Yore cards to find out what Ian and Barley did before they left to begin their quest. Laurel finds the cards and drives her car to the Manticore's Tavern to catch up with Ian and Barley and make sure they are safe.

During the epilogue, Blazey appears at the end of the film where she greets Ian again arriving back home just as Blazey sees Barley back again at their house as the elf brothers continue going on quests with magic brought back to the land of mythical creatures. 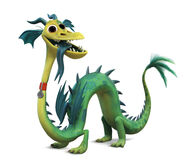 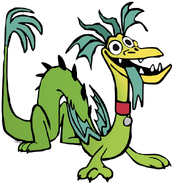 Retrieved from "https://disney.fandom.com/wiki/Blazey?oldid=4498790"
Community content is available under CC-BY-SA unless otherwise noted.