Wind, getting away from Red

Red Umbrella (lover)
The Blue Umbrella, or Blue, is the protagonist of the 2013 Disney/Pixar animated short of the same name.

He is a blue umbrella who gets pushed around in the crowd of black umbrellas. He enjoys the rain, and then meets a red umbrella with which he falls in love. However, the two are separated in the crowd. Blue desperately tries to reach back to Red, but in his efforts, he is blown away from his owner by a wind gust, and finds himself floating in the air.

He sees Red, but as he descends toward her, he falls on the road in the busy traffic. He is hit by a bus, and falls in the gutter, broken. However, his owner finds him, and he is reunited with Red, as their respective owners fall in love. 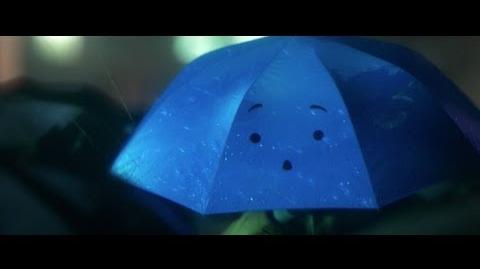 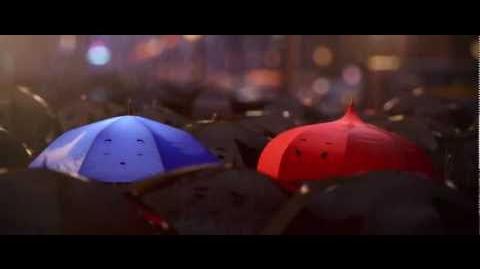