At the end of the series, she is dismayed to learn that she had skipped classes so many times that she is unable to graduate, and so has to attend summer school. 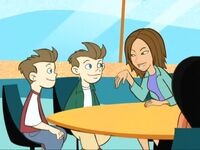 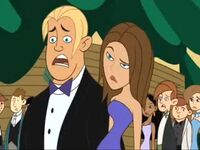 Add a photo to this gallery
Retrieved from "https://disney.fandom.com/wiki/Bonnie_Rockwaller?oldid=307615"
Community content is available under CC-BY-SA unless otherwise noted.
FandomShop DC Trivia GalaxyQuest