Disney Wiki
Register
Don't have an account?
Sign In
Advertisement
in: Once Upon a Time locations, The Parent Trap, Ultimate Spider-Man,
and 6 more

Boston is the capital and largest city in the State of Massachusetts in the United States. The largest city in New England, the city proper, covering 48 square miles, has an estimated population of 636,000 in 2012, making it the 21st largest city in the U.S. The city is the anchor of a substantially larger metropolitan area called Greater Boston, home to 4.5 million people and the tenth-largest metropolitan area in the country. Greater Boston as a commuting region is home to 7.6 million people, making it the sixth-largest Combined Statistical Area in the United States.

In the early days of the country's history when America was still a group of colonies under British control, colonists sneaked aboard some British ships and dumped hundreds of boxes of tea into the ocean. It was there the people were protesting the British government, who had been enforcing high taxes on tea. This was historically known as the "Boston Tea Party", which was one of the key incidents that led up to the American revolution.

Actors/Actresses and Crew born in Boston 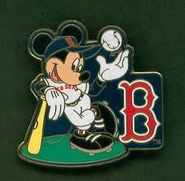