Lea (with Shayk)
Bradley Charles Cooper is an American actor and filmmaker. He is known for many film roles, such as Phil Wenneck in the Hangover trilogy. Other film appearances include Silver Linings Playbook, American Hustle, American Sniper, and A Star is Born (all of which garnered him Oscar nominations). He also played in the 2005 comedy Wedding Crashers. 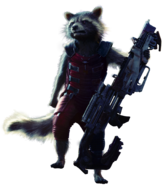 Bradley Cooper at the premiere of Guardians of the Galaxy in July 2014.